Despite original anticipation of a June 2020 release, Kojima Productions is delaying the release of Death Stranding for July 14.

The game, if released, is expected to hit shelves as a retail physical copy as well as a digital purchase in both Steam and Epic Store. 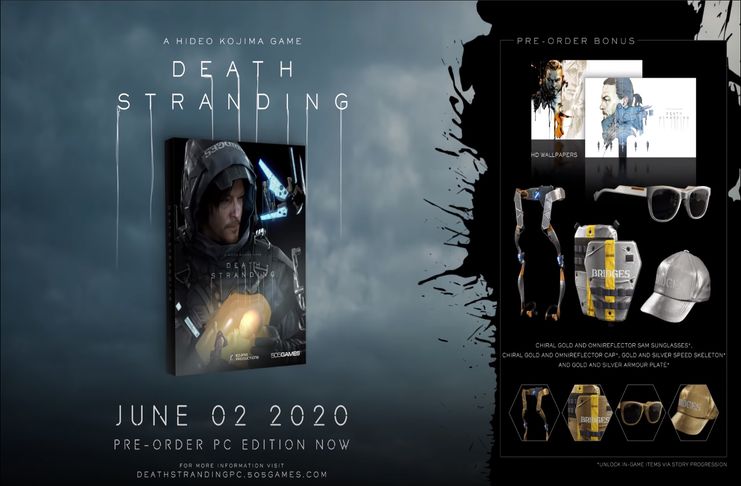 Last March, the company behind the controversial game, Death Stranding, was rocked. It was found out that one of its employees was found to be positive for COVID-19. The finding caused Kojima Productions to have its employees be at home and work remotely.

In an official statement, the Kojima Productions made the announcement via Twitter explaining what appears to be the obvious reason for the delay.

Following the temporary closure of KOJIMA PRODUCTIONS, we have had to delay the PC launch of DEATH STRANDING to July 14, 2020, to allow more development time amidst the current work-from-home orders in place. Thank you all for your patience and continued support!#keeponkeepingon pic.twitter.com/euOmebcdQj

Being the more powerful hardware, the PC version of Death Stranding will expectedly feature better performance based on frame rates. Moreover, there’s the added support for ultra-wide monitor and photo mode, as well.

Adding a little incentive for the up and coming PC release is the crossover content with Half-Life. It sees the Death Stranding protagonist, Sam Bridges, donning a ‘crab-like’ headpiece alluding to the former’s Headcrab.

Conversely, Half-Life: Alyx, a virtual reality game set in the world of Half-Life, also sees an Easter egg for Death Stranding. It involves an item too telling of Death Stranding. Hint: Sam Bridges deals with them throughout the game.

Death Stranding is only but just one of the few other games which saw a postponement from their original release window due to the ongoing pandemic, that is, COVID-19. The Last of Us Part II, Naughty Dog’s brainchild and baby, saw a setback from its anticipated May release to an unknown date arising from distribution issues born from the worldwide lockdown.

Except for the exclusive item borne from the collaboration between Kojima Productions and Valve and an overall revamped game performance, audiences who had already played the game on the PlayStation 4 will see nothing new for the PC release.

Yet, Death Stranding will make for a promising addition to the PC’s growing library of games. This is due to the game’s acclaimed presentation which garnered positive reviews from most critics.

But the game is also not without its naysayers who viewed the game critically. Particularly, for its rather surprising gameplay and glaring flaws.

Kanye West establishing his own church, wants Justin Bieber to be...