A few days after the game’s Japanese launch on July 3, 2012, SEGA unveiled plans to bring Phantasy Star Online 2 over to the West in 2013.  That obviously never happened, as the game was indefinitely delayed shortly after.

The seemingly canceled North American release resurfaced on July 9, 2019, during Microsoft’s E3 press conference where it was revealed that SEGA was eyeing a Spring 2020 launch for the game, which would include cross-play capability between Xbox One and PC.

PC players won’t have to wait too long to get in on the action, as the PC version of the game is slated for release this May. SEGA has yet to announce plans of releasing Phantasy Star Online 2 in any other region.

Today Phantasy Star Online 2 ends its Open Beta Test and officially launches on @Xbox One! Visit https://t.co/x4KvLpQ6YB to find out what's in store for April 2020!

PC players, the wait is almost over. #PSO2NA will launch on Windows 10 next month! #JoinARKS pic.twitter.com/3BmOhK7Va3

The life and death of the Southeast Asian release

Asiasoft – one of the biggest online video game publishers in Southeast Asia – handled the regional release of Phantasy Star Online 2 on May 29, 2014, after a month-long closed beta test.

Support for the game lasted three years and even saw the release of its second episode before Asiasoft finally decided to pull the plug on May 26, 2017.

The original Phantasy Star series was split into four installments, all of which were traditional Japanese role-playing games. 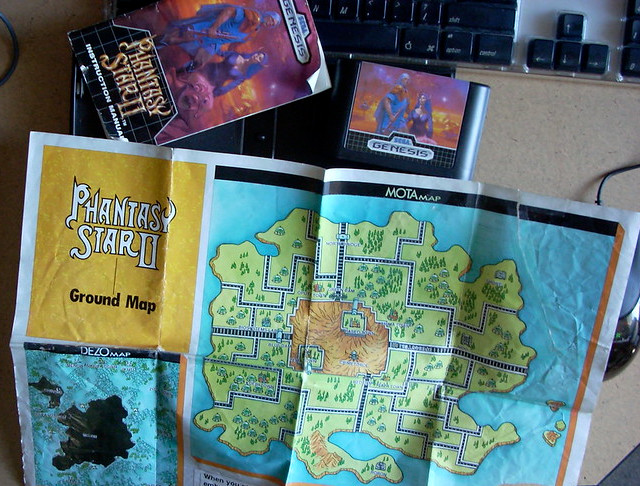 After a long hiatus, SEGA continued the franchise in the form of Phantasy Star Online, an online-capable action RPG with a focus on multiplayer.

The first and second installments of the three-part series initially launched on the SEGA Dreamcast and were later released on the Gamecube and Xbox. The final episode – Phantasy Star Online Episode 3: C.A.R.D Revolution – was a Gamecube exclusive.

Photo: The Japanese copy of ‘Phantasy Star Online’ for the Dreamcast, which also included the ‘Sonic Adventure 2: The Trial’ disc. pic.twitter.com/fLe2kkDp6Z

SEGA made sure not to leave out PC gamers by releasing Phantasy Star Online Blue Burst, which was basically a port of the first and second games in the series.

Lastly, a spin-off title found its way to the Nintendo DS titled Phantasy Star Zero that served as a vague sequel to the previous games in the series.

As the franchise took the leap towards the next generation of consoles, it began to favor more action-oriented gameplay, which was evident in Phantasy Star Universe – a title that found its home on PC, Xbox 360, and PlayStation 2.

The game would later be succeeded by two sequels named Phantasy Star Portable 1 & 2, both of which were PlayStation Portable exclusives.