“To me, a music video is the most personal insight into an artists soul.”

The inaugural Pivot Iso Music Festival organizers are thrilled to announce the first of its judging panel who will appear in a Twitch.tv live broadcast to announce challenge winners and deconstruct their thoughts on the submission finalists. All involved in this challenge are donating their time to support the creative industries. The first three judges announced to donate their time are Poppy Reid, Drewboy, and Woodes.

Poppy Reid, Managing Editor of Australia’s largest independent music media company The Brag Media is the first to join the new panel of judges saying that a music video “offers so much more than a visual accompaniment to the song, it’s a chance for us to really see an artist, in exactly the way they want us to view them.”

Joining her is Drewboy known for his appearance on Married At First Sight, who is also a music industry veteran in his own right. Drewboy is launching his new music video ‘At First Sight’ any day now. “I love watching people’s art” he says and shares he’s excited to jump on board the judging panel as he feels the challenge is “great for improving people’s mental health through these challenging times.”

After the success of the inaugural Pivot Film Festival broadcast live on Twitch.tv 17th April 2020, organizers announced a new challenge to their creators. The Iso Music Challenge, which asks participants to enter a music video that is 2-4 mins length that must keep within their local social distancing laws. In the live broadcast, Pivot Film Festival presented a special Twitch performance by Australian music artist Woodes who also “dropped the prop”, a garbage bin that creators must insert into their lyrics and music video created in only 1 week. Woodes also announced today her involvement as a judge saying ”my favorite, most memorable music video’s usually stemming first and foremost from a great idea or concept.”

Festival founders Mike Funnell and Jessie Singh shared “we were so overwhelmed by the response from the creative community on the Pivot Film Festival. We were thrilled to have Pia Miranda, Nazeem Hussain, Ross Clarke-Jones, Gemma Bird-Matheson, Dave Burrowes, Mike Steel, and Leela Varghese join us and donating their time to support our community of creators.” When asked about the new Iso Music Challenge Funnell says:

“Music videos can be one of the purest forms of artistic expression for filmmakers. I can’t wait to see what songwriters and filmmakers will do with this new challenge.” 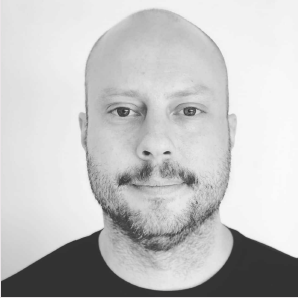 Mike Funnell – Mike is a Producer at creative agency Paper Moose in Surry Hills, Sydney. He also specializes as a virtual reality film-maker, podcast producer, and ad-man. His credits include the Papua New Guinean Virtual Reality documentary Inside Tokimba, writer and host of the Boys Who Brunch Podcast, and Executive Producer of short film Threshold.

Jessie Singh – Jessie is a Sydney based Producer and Production 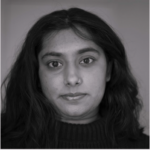 Designer. She has spent the past 7 years working across art departments for major tv networks, short and feature-length film and theatre shows. After assisting on award-winning short film ‘Tomgirl’ she is now working to get her production company Milk First up and running. acquired an interest in the production side of filmmaking. She has produced her first short film ‘Threshold’ and is working to get a grassroots production company ‘Milk First Films’ up and running.

Stay at home, record a song and make a music video…Cause ya know, what
else are you gonna do?

It’s no guessing game that the current music and film climate is in dire straits. Upwards of 80% of the work in the industry came to a screeching halt overnight with the announcement of the global pandemic, leaving hundreds of thousands of people out of work – indefinitely. The vast majority of workers in these industries have been left out of the Government stimulus package, due to the “gig” nature of the industry. With the hospitality industry also in trouble, much of the work that most would traditionally turn to is now
out of the picture.

Two Sydney based filmmakers, Mike Funnell and Jessie Singh have taken matters into their own hands and made a call to arms – When we can’t find work, we make it.

With these ideas in mind, ‘Pivot Film Festival’ was brought to life. The support from inside the industry, and outside was incredible. High profile industry judges donated their time to be involved, elevating the experience for competition contributors including Pia Miranda, Nazeem Hussain, Ross Clarke-Jones, Leela Varghese, Dave Matthews, Gemma Bird-Matheson, and Mike Steele. Broadcast here: https://www.twitch.tv/videos/594401238

The overwhelming response from the community was enough to kick the Pivot crew into gear for a new challenge, which is where the Iso Music Challenge was born. Like most traditional film festivals, the music video challenge will require a prop (a rubbish bin) to be used in song and video qualify. Top Prize is $300 and a bin. 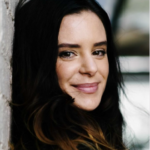 Poppy Reid is the Managing Editor of Australia’s largest independent music media company, The Brag Media, which includes Rolling Stone Australia, Tone Deaf, The Brag, The Industry Observer and Don’t Bore Us under its umbrella. She was shortlisted for B&T’s Women in Media Awards in 2017 and is the former Editor at The Music Network. When not writing about music, Poppy is binge-watching Netflix series’ with badass female protagonists. 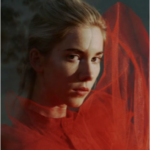 Woodes/Elle Graham released her debut Woodes EP in 2016 debuting in the top 20 iTunes charts in 7 countries including going #1 on the Singapore Alternative Album charts and named ‘best female artist 2016’ by influential US blog Indie Shuffle. In 2017 Woodes secured an invite to SXSW, where she was named by The AU Review as the ‘Best Australian Solo Artist’ of the conference. Upon the release of her second EP ‘Golden Hour’ in early 2018, Woodes became an in-demand live act; supporting Asgier, BØRNS and Sylvan Esso. The EP’s opener ‘Hunger’ was also handpicked by Netflix as the official trailer music for their debut Australian series Tidelands.2018 also saw Woodes perform at Splendour In The Grass. Her song ‘I Belong Here’ with the latter achieved ARIA Gold status. Elle’s debut album will be released in 2020. 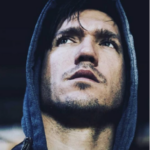 Drewboy has honed his craft as a singer-songwriter for more than fifteen years. He’s performed at music festivals like “Groovin’ The Moo” and has been melting hearts at weddings. He presents with a unique blend of soulful songwriting, high energy beats, relatable material, and his undeniably diverse talents as a performer. His first CD “Growing Down” with support band The Sax Addicts was a great success. As was his recent appearance in Married At First Sight, which became material for his new-to-release single, ‘At First Sight’.