Fallout 76 has had a rough start, but since the release of its Wastelanders expansion, people have started looking at the game in a more positive light.

Fallout 76 has been met with overwhelming criticism ever since it was first released, making it one of the worst launches in the history of gaming. Criticism was mostly directed toward the bugs that had plagued the game as well as its business model. Furthermore, many claimed that the game does not seem like a Fallout game. 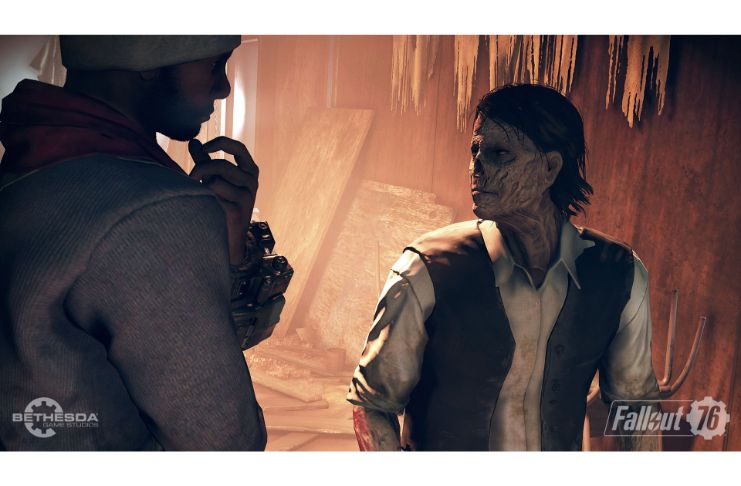 Fallout 76 was supposed to be a prequel to all the other Fallout titles and showcases the first stages of rebuilding done by the people from the Vault. While it may sound attractive many, the game actually just becomes centered on fetch quests with terrible combat and the worst visuals in a pricey game.

But despite the issues, many core fans still chose to stick with the game, and even Bethesda itself continued to provide it with numerous updates and new content for players to enjoy and along the way, fixing some of the issues that made Fallout 76 much hated in its first weeks.

From negative to mixed reception

Earlier on, Fallout 76’s Steam rating was mostly negative, but the release of Wastelanders has convinced a lot of people to give Fallout 76 one more try. The inside of the game does not reflect the prior negativity as both veteran and new players try to approach Fallout 76 in a way that is more accepting and open to the new features added by Bethesda in Wastelanders.

One would even notice the community in Fallout 76 coming together to make the game a much better place. Veteran players could be seen giving newbies a little helping hand in getting used to the game. Some people would leave supply packs for other players to pick up more frequently, while others set up their CAMPs somewhere more likely to be seen by others.

Even the in-game community is helping to make Fallout 76 better.

Fallout 76 is way better than it once was, but certainly, the game has way more to go before it can ever redeem itself from its early kerfuffle. Still, with Wastelanders, Fallout 76 introduces a new story campaign and bringing back the necessity of non-playable characters (NPCs), which are divided into two factions: the Raiders and the Settlers.

When Wastelanders was first released, a lot of its haters were already preparing to flood it with negative reviews despite not seeing the expansion in its entirety. A subreddit dedicated to the game, however, was mostly filled with positive feedback, and soon enough, they also took to Steam to provide their own reviews. Soon enough, most negative feedback shifted into mixed reviews, and after only a few days, around 90% of the feedback is positive.

In fact, players who tried the game back in 2018 and hated it are now actually enjoying Fallout 76. This just means that Bethesda is finally steering the game towards the right direction, and even though there are still a lot of major issues to be resolved, in time, maybe the company would do just that.