Microsoft has finally released Minecraft Dungeons, but before players dive in, here’s what they need to know first about the game.

Microsoft has officially released Minecraft Dungeons, the latest addition to the Minecraft universe. The franchise is considered one of the biggest selling game titles of all time and boasts millions upon millions of players worldwide.

The newest installment in the Minecraft franchise, however, is a little different from the original game. Here’s what players need to know about Minecraft Dungeons before they jump into the game.

Minecraft Dungeons is a dungeon crawler

The new game shares a similar concept to Minecraft: Story Mode. They both do away with the building and crafting concept, which may be bad news for Minecraft building enthusiasts.

But the similarity ends there. Minecraft: Story Mode is more a narrative-driven game, and this new game is not. In fact, Minecraft Dungeons could better be associated with Diablo than Story Mode.

Both Dungeons and Diablo are dungeon crawlers. This means it doesn’t have a complex narrative driving the game. Instead, the game presents various levels or dungeons for players to complete with gameplay typical of a hack-and-slash game.

Each level presents enemies for players to eliminate, and there is also a loot system to help with character enhancement and customization.

Despite being similar to games like Diablo, Minecraft Dungeons still retains the light and fun spirit of the franchise. The game itself isn’t as dark as other dungeon crawler games. The plot itself is linear and straightforward.

A team of players go and try to save the day from an evil mage called the Arch-Illager, who is bent on spreading terror. They fight monsters and find treasures along the way.

Simple to the core

Players shouldn’t expect overly complicated gameplay or storylines from this game. This is because Mojang made the game with simplicity in mind. This isn’t necessarily a bad thing. Gaming journalist Dave Thier explains that Dungeons’ relative simplicity gives off a meditative quality to the game.

Players could just dive into the game and fall in a simple rhythm without working too hard, instead of at a more relaxed pace.

The game can be played in three settings: Default, Average, and Apocalypse. As the difficulty increases, players can expect more powerful foes and even better rewards. 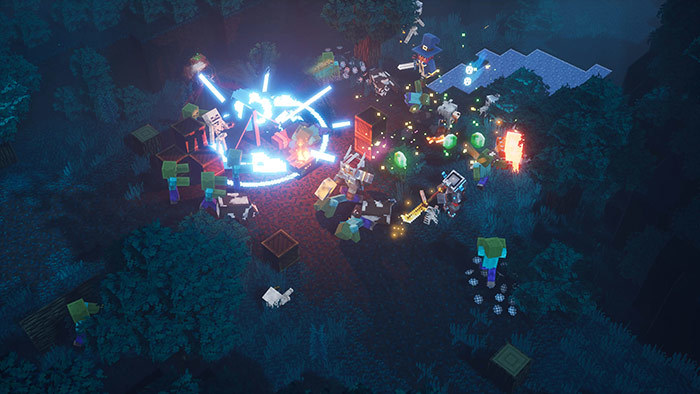 One would think that because Microsoft is the publisher of the game that it would be exclusive to the Xbox One at first. But that isn’t the case. Over the years, Microsoft has veered away from releasing platform-exclusive titles.

Usually, games produced by Microsoft can be played both on the Xbox and PC. In Minecraft Dungeon’s case, it can be played on all platforms except mobile.

However, Xbox owners would have an advantage when it comes to acquiring the game. The game is available on the Xbox Game Pass. This means players with a subscription can immediately dive into the game at no cost.

Minecraft Dungeons was released on Tuesday, May 26, 2020.