When I was younger, gaming encompassed only console (Nintendo64), handheld (Gameboy) or PC. Each category had their leader and to pick the wrong trend, (like my Dreamcast in 2000) was a schoolyard disaster.

These days, we’re spoilt for choice with a variety of internet-connected consoles, mobile games, and virtual reality setups that has taken the experience of gaming to unimaginable levels (and certainly well beyond the ‘evolutionary’ advancement of the Gameboy light and magnifier clip-on that would let you play into the night).

Beyond the entertainment of video games, it’s a serious business, with an estimated US$134.9 billion generated by global video game markets in 2018 alone.

It’s also one of the most popular industries with more than 2.5 billion gamers worldwide.

Now, blockchain is set to revolutionise the concept of gaming itself. 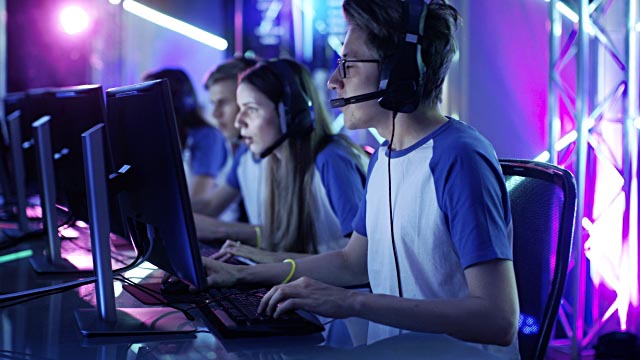 Traditionally, video game companies have had fun and entertainment top of mind when it comes to developing new games and generating revenue.

But what if players could also simultaneously earn money – not just for winning tournaments or being an influencer, but in simply playing a game, no matter the player’s ability?

Blockchain can unlock opportunities for in-game experience monetisation through its core function as a platform for hosting ownership of digital assets.

For global game publishing platform MIXMARVEL, the concept of ‘play to earn’ is its biggest focus.

MIXMARVEL is paving the way in blockchain game development, recently launching in the Australian market, following a series of roadshows across the country.

Projects that have been integrated on this platform include Hyper Snakes, Marvel Clans and Go Hyper Dragons.

Ma said for gaming to effectively integrate blockchain, developers would have to alter their logic.

“The focus will be different. Before they were only focusing on user feelings, but with a token economy is integrated with lots of different parts, and they will have to balance that whole system like building a country,” she said.

“Companies will also have to realise that with the token economy, they’ll have to share revenue with communities, to incentivise players and create something really valuable for them.”

Animoca Brands chairman Ya Siu, who was also on the recent Blockchain Centre Perth panel, said ‘play to earn’ represented both an opportunity and a challenge for gaming companies.

“Game companies used to focus a lot on entertainment and fun, now we think the future of game companies is about delivering value to players,” he said.

“So this will be the big challenge for traditional game developers – not just making money for the company but actually earning value for the player and being able to share that value.”

Blockchain could also enable the fractionalised ownership of items or characters, creating the opportunity for users to ‘invest’ in a character.

One of the world’s first blockchain games, CryptoKitties, is based on the concept of ‘digital collectibles’, operating in a similar way to when trading Pokémon cards were all the rage in the early 2000s, centred around breeding, collecting and trading cats.

At its all-time high, a user paid US$155,000 for just one CryptoKitty – so there’s no denying consumer appetite.

With blockchain technology, users could also essentially ‘lease’ their characters or items to other gaming worlds for a fee.

Without naming and shaming, there’s some professionals in our office that have spent over a year of their life on that game.

Imagine the value they could have created in that time!

OPSkins, a marketplace of virtual goods for games, is already exploring user monetisation with its platform WAX.

WAX facilitates the trading of in-game items in real-time and we were pleased to host them at the Perth Blockchain Centre this week.

“Game companies will have to start thinking of the vested interests of players, and not simply looking at content as a form of making money, but essentially running their games as economies,” Siu said. 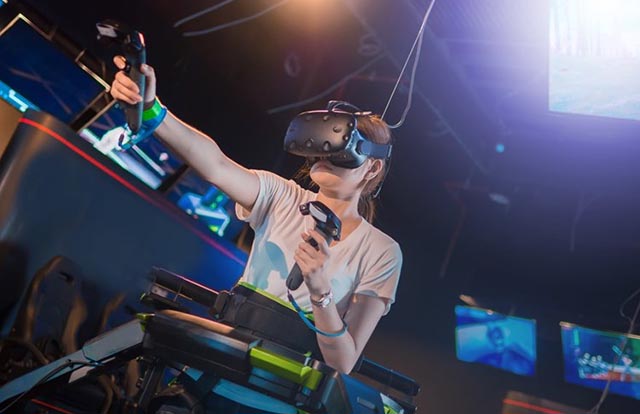 The world of gaming might be some way off making the scenes of 2018 thriller Ready Player One a reality, but with blockchain, the concept is not entirely impossible.

Like any emerging tech, adoption is key to success.

Virtual Gaming Worlds rep Chris Teskey was another panelist at the recent Blockchain Centre Perth event and said consumers already had an appetite for the experiences blockchain could create.

“We can see that consumers already want to take the different IPs (entities) that they love and putting them together in some other format – there’s some of this already with classic fighter games; they’ve got Marvel characters with Capcom, Nintendo does the same thing with Smash Brothers,” he said.

“With a game like Candy Crush, you don’t need to worry about the ‘economy’, you’re just looking at getting certain points.

“Blockchain means you have to start looking at the design in a much more complicated way, we might see professional economists involved.”

When it came to the major gaming brands embracing blockchain, there were only a select few.

“No one really wants to take the risk of going first. There’s lots of small companies making small games but we haven’t seen a lot of the big players,” he said.

“A lot of it is still trying to work out what all the problems will be and how they’re going to solve it before putting money into it.”

So, will blockchain be a fad or is it here to stay?

The gaming industry was one of the first to monetise massive technology inventions, firstly with the internet, then mobile and now blockchain. I’m betting that trend continues!

John Cena finally says ‘I do’ in private wedding ceremony

All the new products unveiled at Apple launch event

Kristen Bell says husband Dax Shepard is ‘worth it’ despite relapse