Pokémon GO Spring 2020 is, and the GO Battle League leaderboard is finally live. It looks Niantic has set up  Marill-filled events, especially on Go Battle Day.

Within the Pokémon GO universe, spring has just kicked off, and there’s no better way to start the season but to strive harder in order to get your name on that board.

Trainers are going to be very busy climbing up that leaderboard ladder, to make sure they make to the top 500 best trainers in the GO Battle League.

As Micky News previously reported, trainers will have a good chance to encounter and capture unique versions of Buneary and Pikachu with flower crowns and hats. The chances of catching shiny variants are high as well.

Aside from Buneary and Pikachu, trainers may frequently see Chansey, Exeggcute, Mareep, Marill, and Torchic in the wild. And if lucky enough, players might even catch a shiny Exeggcute.

In addition, trainers should make sure to complete those Field Research tasks to get a chance to win an Alolan Exeggutor, Azumarill, and Audino.

Catching an Azumarill will likely give you an upper hand during the GO Battle Day.

The Spring event will last only until April 16, but trainers need to grind as early as possible to get ready for the GO Battle Day on April 12. 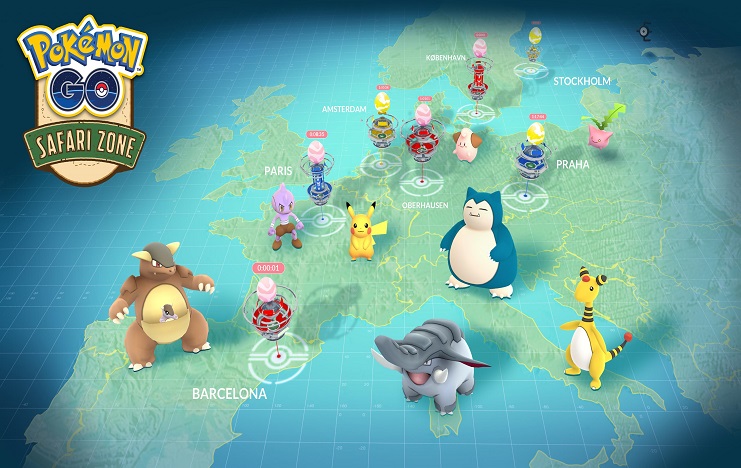 Race to the top during GO Battle Day: Marill

This Sunday, Marill, along with its evolved version Azumarill, will dominate GO Battle Day.

Niantic announces, “this brand-new event will feature Marill, the Aqua Mouse Pokémon, and activities related to the GO Battle League. This Water- and Fairy-type Pokémon evolves into Azumarill—a popular Pokémon in the Great League!”

We’re excited to announce that a #GOBattle League leaderboard is coming to Pokémon GO! Trainers will soon have the ability to see who has earned the right to claim that they are one of the best battlers in Pokémon GO. Will you be among the elite few? ???? https://t.co/9MB22peQ4d pic.twitter.com/RNfo5srT9x

During this event, from 11:00 a.m. to 2:00 p.m. local time, there are more chances to encounter Marill. Although Marill is a guaranteed Basic reward after the first and third wins.

If catching Marill is not enough of a reward, trainers are assured that they’ll receive 2x Catch Stardust.

To help trainers with their journey to top the leaderboard,  make sure to catch the free redeem code today, as it is the last day.

Lastly, check the in-game store for one Pokémon bundle deals to help you be the very best!