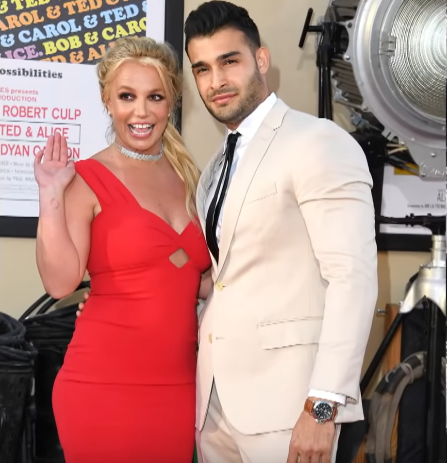 The Oops I Did It Again pop singer, Britney Spears has recently announced that she accidentally burned her home gym.

The announcement came from the singer’s Instagram account on Wednesday. The incident which happened six months ago had forced Britney Spears to evacuate the place.  The post also revealed that it was the first time that Britney visited her home gym since the accident.

The video also shows her work out routines with dumbbells, and even yoga poses. Although the gym had been fully renovated, the singer also added that she only had two working machines. Fortunately, her gym mirror had also survived the fire.

Hi, guys, I’m in my gym right now. I haven’t been in here for, like, six months because I burnt my gym down, unfortunately.

Even though Britney had lost her exercise space, it did not affect the singer’s motivation to keep her healthy lifestyle.  She revealed her exercise routines and her impressive gymnastic moves.  She added that working outside is good for her given the current lockdown situation due to the pandemic.

In her  Instagram post, she admitted that she had lighted candles inside the gym. The candle obviously started the fire and eventually burned everything, including her work out equipment.

“I had two candles, and yeah, one thing led to another, and I burned it down.”

No one was hurt by the fire

She also went into the details of the fire, explaining that she saw the flames when she passed the door of the gym.

The pop star is missing her boyfriend

The current crisis of the pandemic has created a negative impact on families and friends.  With the lockdown situation, the pop star has recently shared that she’s missing her boyfriend, Sam Asghari. The singer also added that she has been inside her home for weeks since she got back from  Louisiana.

The couple initially dated in 2017 after the two met in Britney’s Slumber Party music videotaping. With the social distancing protocol, the Toxic singer has also taken this time to enjoy her self and her solo moments.

Pears has also announced that she will be helping three people who are much in need of buying important items during the isolation.

Image Courtesy of Entertainment Tonight/Youtube Screenshot
Micky is a news site and does not provide trading, investing, or other financial advice. By using this website, you affirm that you have read and agree to abide by our Terms and Conditions.
Micky readers - you can get a 10% discount on trading fees on FTX and Binance when you sign up using the links above.