Portia de Rossi did not leave Ellen DeGeneres despite claims their marriage was in trouble.

Portia de Rossi is not moving on from her wife Ellen DeGeneres. NW published a report in March claiming that de Rossi left her shared home with DeGeneres in Los Angeles. The Scream 2 star allegedly moved to Montecito, California where they own several estates.

Portia de Rossi’s marriage with Ellen DeGeneres not in trouble

Ellen DeGeneres and Portia de Rossi have been quarantining together. In fact, they appear on Instagram multiple times and seem to enjoy each other’s company.

However, despite their joint appearances on social media, an insider claimed de Rossi moved out of their home. The couple’s marriage was allegedly on the rocks so the  Scandal star left.

Gossip Cop debunked the claim. First, they would not post videos of them together on Instagram if they aren’t together. In the clips, they appear happy together.

Second, de Rossi did not leave her shared home with DeGeneres. It is not true that she is living in Montecito.

That wasn’t the first time DeGeneres’ marriage with Portia de Rossi was reported to be in trouble. The couple has been married for over 10 years and in that span of time, they have separated multiple times, if reports were true.

For instance, in 2017, Radar Online claimed that the popular host bought a new pad where she would stay after her split from de Rossi. The magazine quoted an unnamed source claiming it was “where she’s [DeGeneres] moving as she rebuilds her life after Portia.”

In 2016,  Star also claimed that de Rossi was dumping DeGeneres for a man. A source alleged that the Santa Clarita Diet actress told her wife that she wanted a divorce.

There were rumors that de Rossi left to be with a man. The insider added it wasn’t surprising as she was previously married to a man before DeGeneres.

Apparently, the reports were all false. DeGeneres and de Rossi are still together and they never separated. 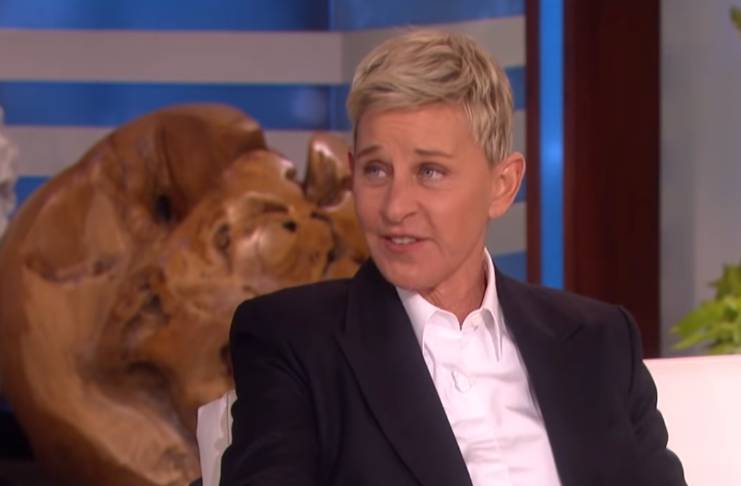 De Rossi and DeGeneres are aware of the various rumors involving them. The American-Australian model said in a previous interview that there seemed to be an acceptance of those speculations.

“I thought, ‘Wow, this is great that I’m pregnant, not pregnant, divorced, not divorced, whatever. That means there is an acceptance for this,” de Rossi previously told Us Weekly.

She also recalled an incident when she saw a magazine cover featuring Brad Pitt and their close friend, Jennifer Aniston. She couldn’t believe the exes were still linked to each other especially that it has been over a decade since they split.

De Rossi said she just stared at the tabloid. She knew Pitt and Aniston were not seeing each other, so she took a photo of the magazine and sent it to DeGeneres while asking, “Can you believe this?”

“Anyway, no, in other words, we avoid it. We don’t care,” de Rossi said about the rumors.