Portia de Rossi, previously, revealed what bugs her about her wife, Ellen DeGeneres.

Years ago, Portia de Rossi appeared on the Ellen Show with the comedian. However, DeGeneres wasn’t the one that interviewed the Scandal actress. Rather, their good friend, Jennifer Aniston was the one that asked the couple some questions.

De Rossi said that the one tiny thing that bugs her about DeGeneres has to do with their mealtimes. De Rossi is the type of person that always wants to garnish the plates, and she also cooks the best dishes.

But every time de Rossi puts DeGeneres’ plate on the table, the funny woman immediately gets up to tend to their cats.

“As I serve her dinner, just as I put it down in front of her, she gets up and feeds the cats,” de Rossi said. 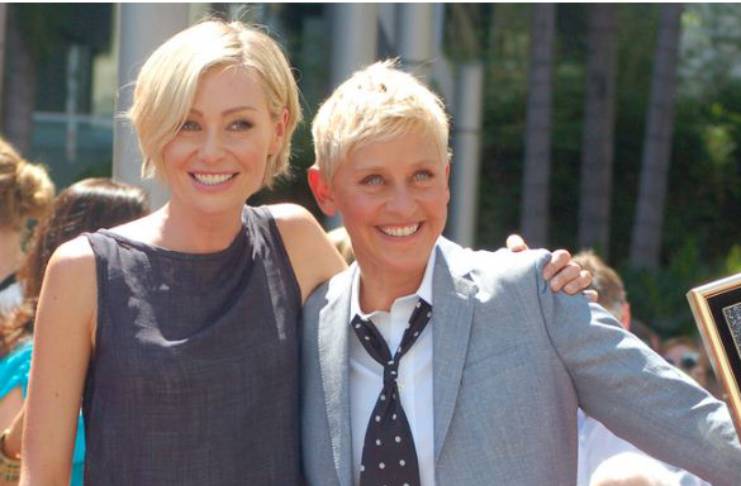 DeGeneres tried to defend herself by saying that this doesn’t happen every night.

“No, what happens is the cats know when I come home. They will be sleeping all day long, everybody else comes home, everybody walks in the house and they don’t wake up. Somehow, I come in and they all wake up and they want to be fed,” DeGeneres explained.

Portia de Rossi continued to expose DeGeneres by sarcastically saying that the feeding of their cats happens exactly when she puts the plate on the table.

“Anyone that cooks know that, you know, it’s the right temperature. And I always ask, are you ready and she always says yes…” de Rossi said.

Aniston offers a solution to help the couple deal with their issue. The Morning Show said that it might be best if the meal isn’t served until after DeGeneres feeds the cats.

De Rossi cuts Aniston off by saying that it doesn’t matter. Aniston says that they will just talk about the problem later after the episode goes off the air.

“It’s not every night and I know that does bug her… I didn’t know that. And I rush and I hurry up and rush and feed them but sometimes they want choices so I put two different kinds… because they are hungry,” DeGeneres said.

Portia de Rossi and DeGeneres have been married since 2008.