Home Entertainment Portia de Rossi reveals what she, Ellen do to keep their marriage...

Portia de Rossi, previously, shared one of the things that she and Ellen DeGeneres have been doing throughout their marriage.

While speaking with Entertainment Tonight, Portia de Rossi said that she and her wife talk about everything. They have also agreed to never lie to each other even if it’s just a small, white lie.

“And she’s the only person I want to hang out with. Like, she is my best friend and I just want to be with her all the time,” de Rossi gushed.

During her interview with Oprah Winfrey, the Scandal actress said that she knew from the first time she saw DeGeneres that they were meant to be together.

“I knew Ellen was the one for me when I laid my eyes on her, but it took me three years to actually tell her how I felt about her because I was not living as an openly gay person. I was closeted and very, very afraid that if I talked about being gay, it would be the end of my career,” she said. 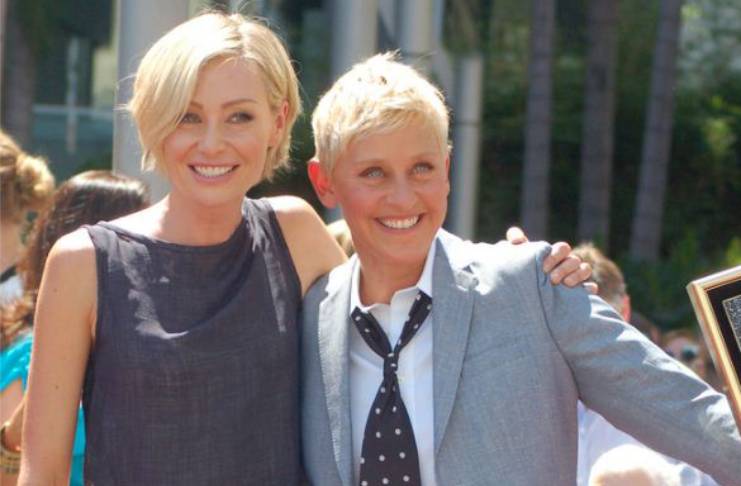 In 2005, de Rossi shared her struggles with The Advocate.

“Believe me, I had a very, very long, and difficult struggle with my sexuality. I didn’t choose the fact that I was gay, but I did choose whether to live my life as a gay woman – that was the terrifying thing for me. Especially being a gay actress,” she said.

In 2008, DeGeneres and Portia de Rossi tied the knot. Two years later, the Ally McBeal actress legally changed her name to Portia Lee James DeGeneres. But for work purposes, she continued to go by her surname, de Rossi.

“I am thrilled to legally adopt my wife’s name. I will continue to use Portia de Rossi for work purposes,” the actress said in a statement.

DeGeneres and de Rossi have been together for over a decade. They will be celebrating their anniversary in August.

But despite their happy marriage, there are ongoing rumors suggesting that they are on the brink of a divorce. Several tabloids have been claiming that the couple is having issues with DeGeneres’ work.

Portia de Rossi, allegedly, wants her wife to resign from the Ellen Show. However, there are no concrete pieces of evidence that can confirm that these hearsays are correct as of this writing.