Developer Guerrilla Games is hiring talent, possibly for an upcoming Horizon Zero Dawn project, in a bid to become the next generation’s benchmark for graphics.

Amsterdam-based developer Guerrilla Games, best known for their work on the Killzone series and Horizon Zero Dawn, recently put up a job posting on their website with a brief mention of their aspirations in becoming the standard in next-gen video game visuals.

The listing is for a “Technical Vegetation Artist” on an undisclosed project and describes how there are four teams dedicated to creating environments alone, with one geared towards achieving spectacular in-game vegetation.

“We build these 3D models from scratch, so our world dressing teams can deliver our immersive world with industry-benchmark graphics,” wrote Guerrilla Games. 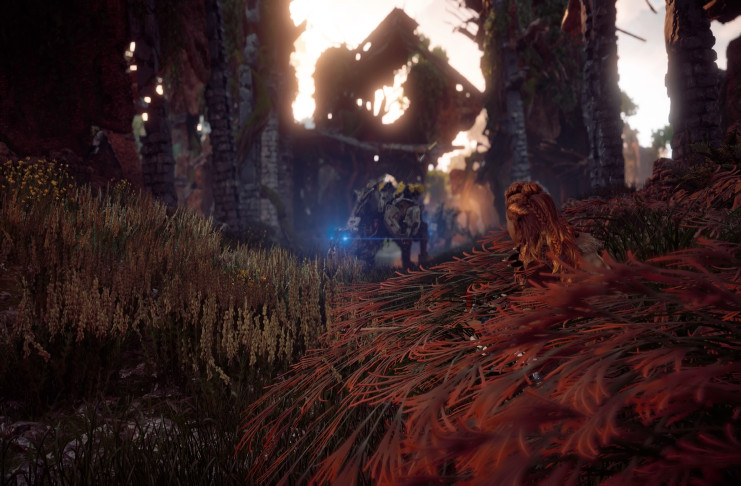 Rumors of a new Horizon Zero Dawn project have been circling the internet for quite some time now and Guerrilla Games’ recent ramp up in creative staff sure seems to point in that direction.

The developer has 25 open listings as of this writing, with posts like “Living World Animator” and the aforementioned “Technical Vegetation Artist” further fueling the speculation of a new game in the series.

To make matters even more interesting, part of the original job description for “Technical Vegetation Artist” stated that the devs had teams working on the environments of Horizon.

The listing has since been changed to remove the word “Horizon,” but not before enough people caught a glimpse of it. Whether this means that the project will be a sequel to the original title or a stand-alone spin-off is anybody’s guess.

Horizon Zero Dawn recently made headlines due to some confusion with Official PlayStation Magazine where they teased news of a sequel that fans were understandably ecstatic about.

The publication later cleared up the misunderstanding by officially stating that the “sequel” was in fact a comic book, which didn’t sit particularly well with the fan base.

The previously PlayStation exclusive Action-RPG is poised for a PC release sometime in the summer of 2020. According to the game’s Steam store page, the PC version will include the main campaign and The Frozen Wilds expansion, along with a few cosmetics packs thrown in.

Guerrilla Games have yet to officially announce a new Horizon Zero Dawn project, though the scale and classifications of the job listings over at Guerrilla Games and the mention of the environments of “Horizon” all seem to hint at something new in the works.