Home Cryptocurrency PowerLedger: Why you should keep the faith 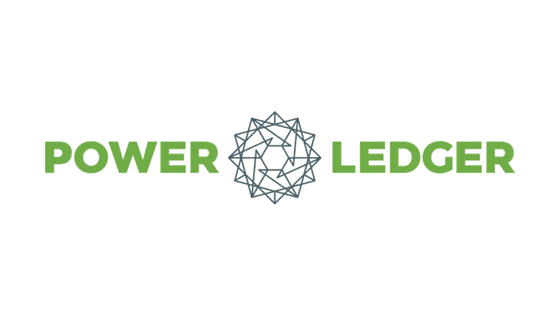 In the space of three months, the price of PowerLedger’s POWR token has plummeted from US$2 to below 30c.

But at micky.com.au, we’ve found many reasons why PowerLedger remains a promising long-term investment.

As most crypto-enthusiasts know, the current Cryptocurrency bear market has been indiscriminate.

That is;  even the most solid projects have suffered as the price of Bitcoin falls… and falls.. and falls.

Obviously, not all cryptocurrencies can become fundamentally flawed at once… and it’s clear PowerLedger is doing just fine.

A few days ago, PowerLedger announced a partnership with energy company Greenwood Solutions to bring energy renewable trading to Melbourne.

It will be the Perth-based blockchain company’s first commercial deployment of its peer-to-peer energy trading platform in Melbourne, Victoria.

In a post on Medium, Greenwood Solutions Project Engineer, David Fulton, said, “the lagging effect of our energy infrastructure when compared to other sectors, especially telecommunications, has puzzled me for many years.”

“After reading the Power Ledger white paper I was pleased to see I wasn’t alone and that an Australian company had a world class solution,” Mr Fulton said.

The Managing Director and Co-founder, David Martin, continues to travel the world working hard to promote the company and its products.

Mr Martin built a strong reputation over his 20 years in the electricity industry and his credibility has never come into question.

Dr Jemma Green, Co-founder and Chair, is considered a leading authority in the Blockchain space and brings more than 15 years experience in finance and risk advisory. Dr Green worked in investment banking in London for 11 years and has served the City of Perth as both a councillor and Acting Lord Mayor.

In recent interviews, she has spoken of her tireless efforts to promote the platform, despite the challenges of expecting her second child and the unrealistic expectations of early investors, who have even sent her death threats online.

For those who don’t know, Power Ledger Pty Ltd was officially formed in May of 2016 and conducted Australia’s first Initial Coin Offering (ICO) in October of 2017.

Power Ledger is a peer-to-peer energy-trading platform, which literally aims to give power back to the people.

At the moment, if you have solar panels on your roof, you have the following three options:

It essentially means the seller receives a higher rate for their energy and the buyer receives a cheaper rate.

In its white paper it said, “at some stage it will be cheaper and more effective” for people to supply their own power (with solar panels and a battery) than to rely on the network.

“It might happen in five years, it might happen in two, but we need to accept the fact that if the only purpose of energy networks us the provision of energy, then (they are about to face some stern competition,)” it said.

So, how Power Ledger says it can help these networks; is by transforming them into trading platforms. The networks can collect income by taking a percentage of all transactions for use of their existing infrastructure (poles and wires etc.).

The Power Ledger token (POWR) can be used to buy SPARKX tokens, which are used to buy and sell energy on the platform.

There are other exciting plans, which would also see POWR used to invest in energy creating assets, such as wind farms, batteries, solar panels and charging stations etc.

This is called “Asset Germination” and has the potential to add significant value to the POWR token.

The first Asset Germination Event is planned for the third quarter of 2018.

Frequent Asset Germination Events will begin in the second quarter of 2019.

It’s only after this kind of progress we’ll start to learn the true value of this new and exciting technology and one thing is for sure: today’s price will be completely irrelevant.