With a slated release on Friday, April 24, 2020 on PC, PS4, and the Switch, preorder bonuses for Trials of Mana is made up for grabs ahead of its actual launch date.

Developed by the iconic Japanese role-playing game company Square Enix, Trials of Mana is a 3D remake of the third installment to the Seiken Densetsu series. Literally, The Legend of the Sacred Sword. It also follows directly on the storyline that gamers have witnessed with the Secret of Mana, as a direct sequel.

Originally unreleased to the states, Seiken Densetsu 3 was eventually set in motion worldwide for the first time only last year. It comes as part of the Collection of Mana, a compilation of the three Seiken Densetsu titles with a consequent relabeling of the third game to Trials of Mana, which saw the light of day on the Nintendo Switch. 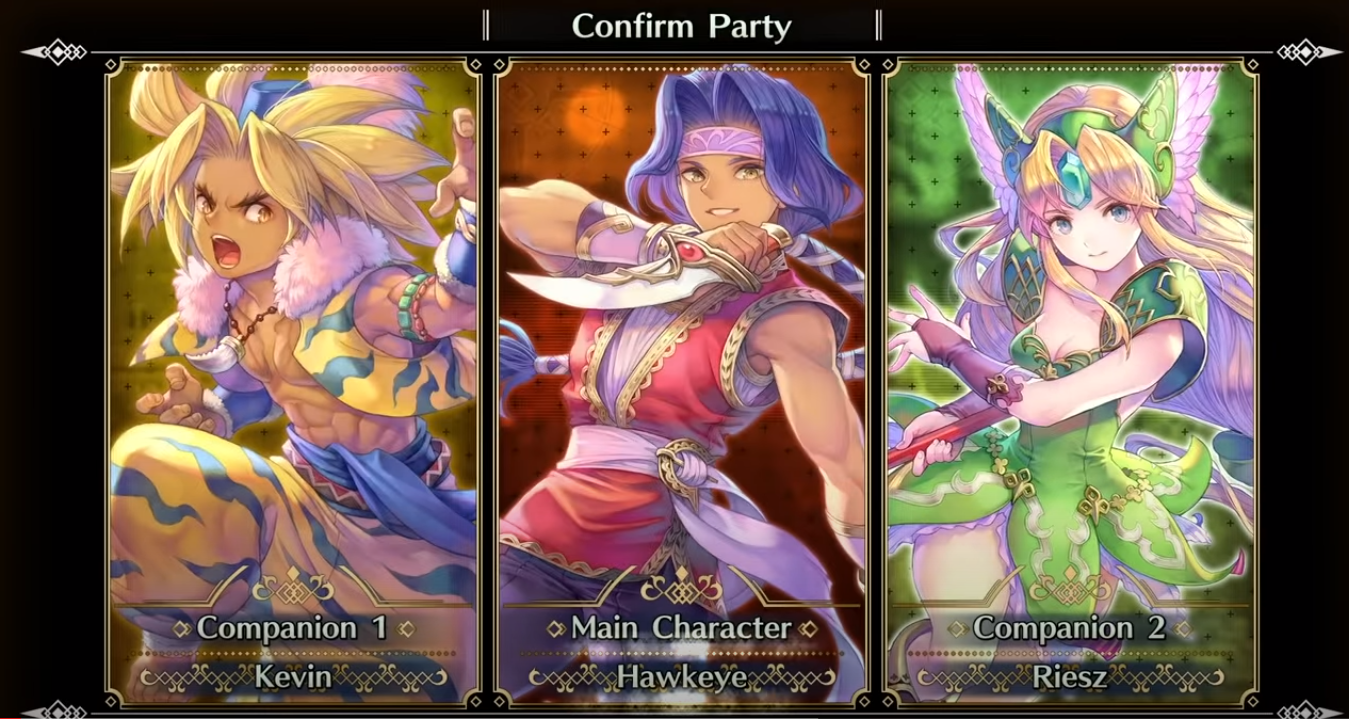 Announcement about the probable Western release of the 3D rendition of Trials of Mana came to light alongside the then-pending release of Collection of Mana just last year.

More than just a three-dimensional treatment, Trials of Mana also included further gameplay experience improvement. Such as the inclusion of voiceover support, a remastered soundtrack, and expanded storytelling. Furthermore, familiar RPG elements are added as well.

Today we're releasing a #TrialsofMana demo & your save data will carry over to the full game!

Nintendo Switch players who placed a preorder of Trials of Mana are eligible now to claim their bonus, the Rabite Adornment DLC. It is an accessory that boosts player’s experience gains up until level 10 into the game.

In addition, players who made the preorder via either the PlayStation Network or Steam will get an additional freebie. It comes in the form of a Trials of Mana avatar set or Trials of Mana wallpaper, respectively.

Players can still claim the bonus as preorders are still ongoing. That is, by choosing to place a preorder in whichever available platform; with the obvious advantage of doing so with either PSN or Steam by way of the extra freebie.

Nintendo Switch users, however, would have the edge of being able to play the game on-the-go via the system’s handheld mode.

Rather surprisingly, there is not a Collector’s Edition going on with the game. This strongly drives consumers towards preordering the game for a slight advantage from non-preorder gamers.