In a series of tweets, U.S. President Donald Trump came out as a nocoiner, saying he is not a fan of Bitcoin and other cryptocurrencies.

If there’s one aspect of Trump that people from both sides of the political aisle can agree upon, it’s that he’s not afraid to express his opinion.

The latest target of Trump’s Twitter ire is cryptocurrency – especially Bitcoin and Libra.

In the first, he wrote, “I am not a fan of Bitcoin and other cryptocurrencies, which are not money, and whose value is highly volatile and based on thin air.”

I am not a fan of Bitcoin and other Cryptocurrencies, which are not money, and whose value is highly volatile and based on thin air. Unregulated Crypto Assets can facilitate unlawful behavior, including drug trade and other illegal activity….

“Unregulated crypto assets can facilitate unlawful behavior, including drug trade and other illegal activity,” he added.

However, it should be pointed out that the use of Bitcoin for illicit purposes, such as drugs and sex trafficking, is greatly exaggerated.

Recent data from blockchain research company Chainalysis shows that less than 1% of all Bitcoin transactions are related to illegal activity – a significant drop from the 7% reported in 2012.

In his second tweet, Trump opens fire on Facebook’s new Libra cryptocurrency and says it will have “little standing or dependability.”

He goes on to say that if companies wish to act as a bank, they need to then seek a banking charter, tasking them to follow the regulations that all banks are legally required to follow.

….Similarly, Facebook Libra’s “virtual currency” will have little standing or dependability. If Facebook and other companies want to become a bank, they must seek a new Banking Charter and become subject to all Banking Regulations, just like other Banks, both National…

Germany’s Deutsche Bank has spent US$18 billion over the last decade in fines, and the bank’s Frankfurt offices were raided by 170 law enforcement personnel in November 2018 over money laundering suspicions.

Danske Bank, Denmark’s largest bank, had $235 billion in suspicious funds flow through its Estonia branch from 2007 through 2015, an amount that is noted to be ten times the annual GDP of Estonia.

The bank is now facing criminal investigations in multiple countries, and both the CEO and chairman of Danske Bank have resigned.

A source told CBS News that the ship, named the MSC Gayane, is owned by JP Morgan Asset Management clients through a fund managed by the bank.

Bullish on the U.S. dollar

The final tweet from Donald Trump trumpeted the dominance of the U.S. dollar.

“We have only one real currency in the USA, and it is stronger than ever, both dependable and reliable,” touts the U.S. president about the sovereign currency. 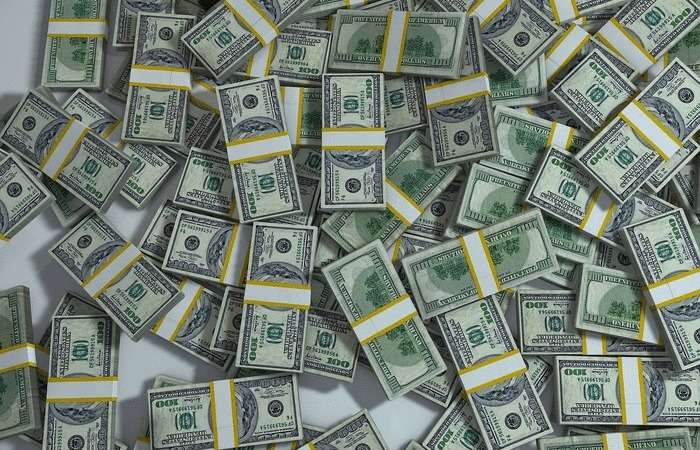 Trump’s attitude towards cryptocurrency can be seen somewhat in the views of two notable financial figures in the United States: Jerome Powell and Judy Shelton.

The chairman of the Federal Reserve, Jerome Powell, was nominated by Trump, but the president has since strongly criticized Powell over the raising of interest rates.

“Here’s a guy, nobody ever heard of him before. And now, I made him, and he wants to show how tough he is,” said Trump last month. He added, “He’s not doing a good job.”

What is interesting is that Powell recently said positive things about cryptocurrency, with the most notable being comparing Bitcoin to gold as a store of value.

However, Powell is against bringing back the gold standard for the U.S. dollar, a position of which Judy Shelton, Trump’s choice to fill one of the seats on the board of the Federal Reserve, is in favor.

Still, these tweets by Donald Trump do not mean that Bitcoin and other cryptocurrencies are dead in the water as the federal government is currently working on how to regulate virtual currencies.