Prince Charles has opened a new coronavirus temporary hospital in the United Kingdom. The Prince of Wales also reportedly paid tribute to the staff at the frontlines during his speech.

Speaking in a pre-recorded video, Prince Charles shared that the transformation of the Cardiff’s Principality Stadium into a “2000-bed field hospital is part of the country’s fight to “combat” the pandemic, COVID-19. It serves as the second-largest temporary hospital in the United Kingdom, next to NHS Nightingale, which the royal also opened earlier this month.

According to BBC News, the site, which is now known as the Dragon’s Heart Hospital, will feature x-ray and CT scanners. This is also where the individuals recovering from COVID-19 will be placed, as well as the people who are facing the last days or weeks of their lives.

It is reportedly expected to be fully functional in 14 days, which can now accommodate up to 300 patients. Also, over 2,000 staff will be working at the site, as per claims.

The Ysbyty Calon Y Ddraig or Dragon’s Heart Hospital, is the largest temporary hospital “erected” in the heart of Wales. Reports noted that the planning of the site took a week before the construction began, which was accomplished in the next two weeks.

Aside from the 2,000 patients that it can accommodate, the adjacent of the site will provide a “rest area” for all the staff who will be working there. In addition, there will also be a reception for the relatives of the patients.

U.K.’s Health Minister, Vaughan Gething, reportedly said that by increasing the availability of the beds and facilities, the country could ensure the “capacity of hospitals” to provide care, especially to those who need it the most amid the pandemic crisis. Overall, the new temporary hospital will “double the sizes” of Cardiff, as well as the Vale University Health Board’s system. 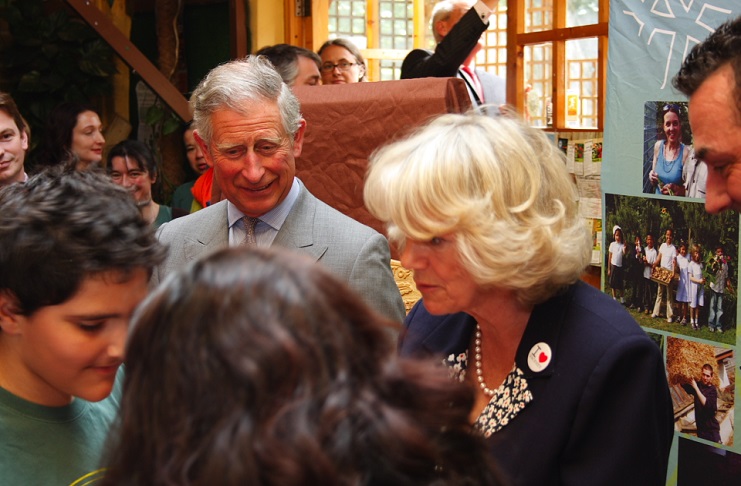 Prince of Wales paid tribute to staff and workers

Included in the pre-recorded video, Prince Charles also expressed “gratitude” to everyone involved in making the Dragon’s Heart Hospital possible, as reported by Metro UK. He deemed the entire project as “amazing” and a “huge source of pride.”

He continued to share that “words cannot express” the “gratitude and humility” that he has for everyone, including all the workers, volunteers, and all people “from all walks of life,” who tirelessly help to fight COVID-19 in the country.

In the end, Prince Charles left the words, “their sacrifice shall not be forgotten” in the Welsh language. He also urged the public to support everyone who is at the frontline.