According to Woman’s Day, the Duchess of Sussex instructed Prince Harry to buy some things that he has never heard of before.

“Meghan’s very good at getting Harry to do her bidding while she insists she’s focusing on mothering. Apparently, poor Harry was tearing his hair out trying to find stuff he’s honestly never heard of before – smash cakes, socially distant entertainers, gifts for Archie, and of course, something special for Meghan,” the source said.

Meghan Markle allegedly had a meltdown

The insider also claimed that the Duchess of Sussex had a meltdown on her son’s birthday. After all, Markle wants to throw Archie a massive birthday but she was unable to do so due to the coronavirus pandemic.

According to the unnamed source, Markle is not also happy with the fact that Archie’s birthday went largely unnoticed.

“Meghan was looking forward to throwing the party of the century and making their debut into Hollywood society, and now she feels the chance has been ripped away,” the source said.

However, Gossip Cop was quick to debunk the claims made by the tabloid. Save the Children UK released an adorable video of Archie to commemorate his birthday. This suggests that the special occasion didn’t go largely unnoticed. 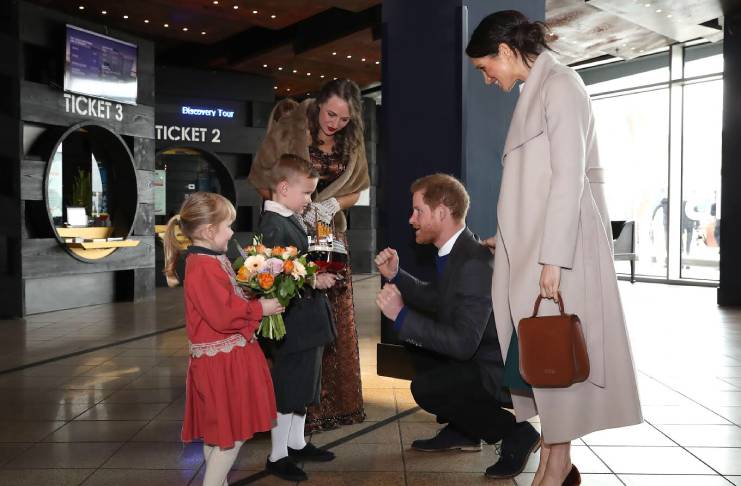 This isn’t the first time that the tabloid created drama between Prince Harry and Meghan Markle. Last month, they claimed that the royal couple already filed for divorce.

In their fabricated story, the tabloid alleged that Prince Harry and Markle’s divorce papers have been leaked. However, this wasn’t the case. The royal couple is still together, and they will be celebrating their second anniversary this month.

Prince Harry and Markle also made headlines this week after Jennifer Garner wrote a sweet letter to the couple. Garner reached out to the Duke and Duchess of Sussex after seeing her adorable video with Archie.

“Dear Meghan and Harry, thank you for sharing your gorgeous son with the world and allowing us to join you in celebrating his first birthday. We are humbled and grateful that you chose @savewithstories to mark this special day and in so doing – have raised the visibility of @savethechildren’s work in the US and UK and have helped feed and educate children in desperate need of both,” Garner wrote.