Prince Harry is allegedly planning to return to the United Kingdom just months after quitting the royal family.

According to Star, Prince Harry is feeling bored, trapped, and lonely in the United States. As such, he has been thinking about going home.

An unnamed source told the tabloid that Queen Elizabeth is ready to welcome her grandson back to the royal family with open arms. In fact, Her Majesty wants Prince Harry to return so that he could perform his royal duties once again.

“There’s a lot of back and forth with the queen right now. They’re trying to reach a middle ground where everyone can be happy,” the source said.

The insider claimed that Meghan Markle is not on board with Prince Harry’s plan to return to London. The Duchess of Sussex, reportedly, doesn’t want to perform her royal duties again.

Since Prince Harry and Markle are not on the same page right now, they have, allegedly, been bickering more than usual. The royal couple is also struggling with their finances and it is reportedly affecting their marriage.

“They’ve all been shattered as he and Meghan struggle to adjust to the real world. They thought they’d be living the dream, but it’s turned into a nightmare. Not being able to see anyone or do anything is putting a strain on their relationship,” the source said. 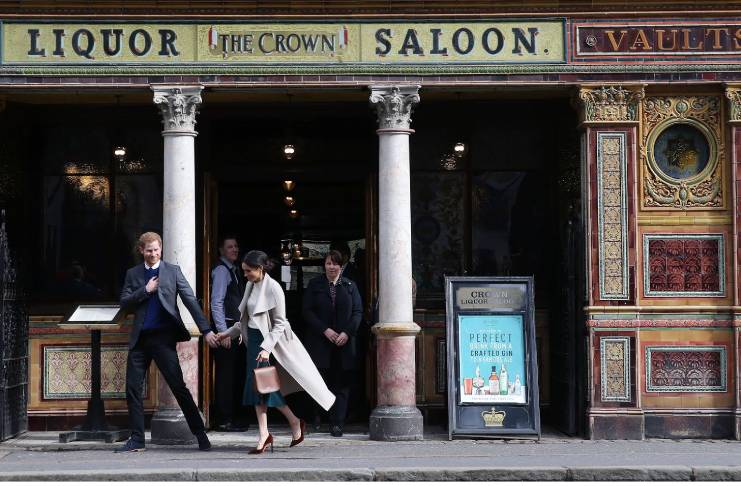 Duke and Duchess of Sussex’s finances

Since their bombshell exit, this isn’t the first time that rumors claimed Prince Harry and Markle are struggling. Last week, Life & Style made a shocking claim about the royal couple.

An unnamed source told the tabloid that the Duke and Duchess of Sussex are practically broke and homeless. The insider alleged that the royal couple is living at their friend’s home in Malibu because they can’t afford to buy or even renting their own place.

But according to the rumor-debunking site, Gossip Cop there is no truth to the claims. Prince Harry and Markle are not practically broke and homeless. In fact, the Sussexes are living in a $10 million mansion in LA since last month.

It is also untrue that the Duke and Duchess of Sussex have been bickering more than usual due to their money problems. And it is more unlikely for Prince Harry to be planning his return to the United Kingdom especially if his wife doesn’t approve.

Prince Harry and Markle decided to quit the royal family so that they could have more privacy. And even though this isn’t something that they have achieved, they seem to be enjoying their life away from the royal drama overseas.

2PM’s Wooyoung is up for Cosmopolitan Magazine