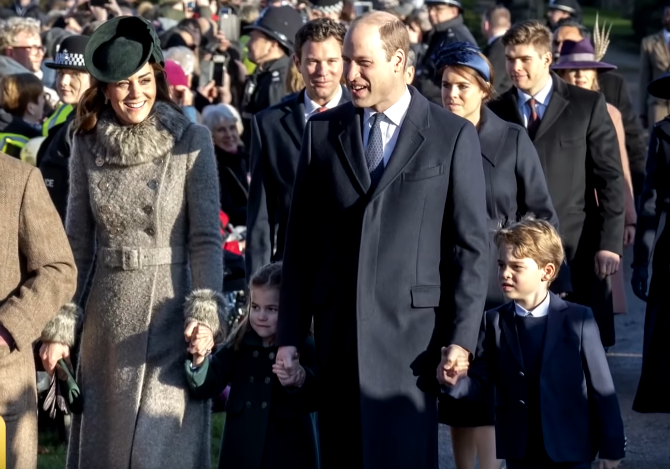 Prince William and  Duchess Kate had once questioned their relationship after a heartbreaking split.

The Royal couple, Prince William and Duchess Kate have always been seen as having a strong relationship. Despite the fallen marriage of  Prince William’s parents, Prince Charles and  Diana, the Duke and Duchess of Cambridge have worked out their differences.

Kate Middleton and Prince William Snuck in Some Royal Work on Their Anniversary! https://t.co/eWaDNnl3sH

Prince William and Kate had recently celebrated their ninth wedding anniversary on April 29. The celebration focused on the good things about the couple’s marriage life. However, royal expert, Angela Mollard revealed that the couple was not as strong as they are now, referring to the breakup.

What was the reason for the breakup

The reason for the split came up when Prince William refused to spend New Year’s Eve with the Duchess’s family. Mollard conveyed that the couple took the time of their split to question if the relationship is what they really want. It appears that the breakup was the needed space to learn valuable lessons on their relationship.

Prince William did not hurry to marry Kate

The relationship between William and Kate had so many ups and downs. As written by the royal author, Katie Nicholl, in her book, The Making of a Royal Romance, William did not want to marry at a young age but vowed to do it at age 28 or 30.

Moreover, William was also convinced that his younger brother, Prince Harry would marry ahead of him. Nicholl expressed that Kate did not show any hurt or disapproval on Prince William’s decision to marry at a later age.

Prince William and Kate have come out stronger

In spite of the problems, Prince William and Kate have come out stronger. Mollard asserted that the Duke and Duchess are more solid in their relationship now than before. The royal couple is now busy running the royal duties of the palace, especially during this crisis.

A look back at Prince William and Kate Middleton’s royal romance: https://t.co/zM2wKhOKL2 pic.twitter.com/yR9bg3eWrm

The Duke and Duchess of Cambridge have reached out to the frontliners and affected individuals through launching the mental health campaign.   The campaign will encourage people to stay healthy during the pandemic.

Image Courtesy Of Entertainment Tonight/Youtube Screenshot
Micky is a news site and does not provide trading, investing, or other financial advice. By using this website, you affirm that you have read and agree to abide by our Terms and Conditions.
Micky readers - you can get a 10% discount on trading fees on FTX and Binance when you sign up using the links above.