Prince William and Kate Middleton are, allegedly, splitting and are torn apart.

New Idea published a story about the Duke and Duchess of Cambridge this week with a misleading headline. The tabloid claimed that Prince William and Middleton have been torn apart following their split. The statement seemingly suggests that the royal couple is on the brink of divorce.

However, a closer look at the tabloid’s article reveals that the Cambridges aren’t splitting in terms of their relationship. Rather, they could simply be splitting their royal duties once they officially get back to work.

While speaking with the tabloid, royal expert Phil Dampier shared his thoughts on the matter.

“They might space themselves out a bit more and she might start doing things purely to spread themselves around so they can cover a bit more. When the lockdown is over, they might do more solo trips, they can get more done, get to more parts of the country, and get more jobs done. That’s a real possibility,” he said. 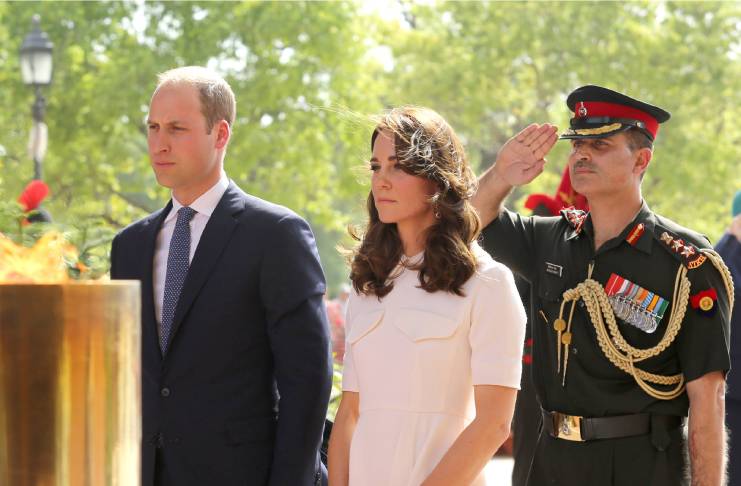 The Cambridges could take on Prince Harry, Meghan Markle’s work

According to New Idea, Prince William and Middleton could start attending their royal engagements separately to cover for the work that Prince Harry and Meghan Markle could no longer do.

In January, the Duke and Duchess of Sussex announced their decision to quit The Firm. Initially, the royal couple wanted to continue performing their royal duties, but Queen Elizabeth didn’t allow them to.

Two months ago, royal expert Ingrid Seward told The Sun that the Cambridges must feel compelled to comfort the public after Prince Harry and Markle’s bombshell exit.

“They feel almost wholly responsible as they are the only influential ones young enough to be out there at the moment apart from Sophie and Edward and Princess Royal. They have the highest-profile and want to use it for the benefit of the monarchy. And this has to be seen as being a comfort to people at this time,” she said.

Seward also said that the Cambridges sent a clear message to the public that they can perform more duties.

“I think they are sending the message that they can do it on their own without the support of the Duke and Duchess of Sussex. I get the impression that the Cambridges are far more relaxed and comfortable since Meghan and Harry left,” she said.

As of late, there is still no information when Middleton and Prince William will make public appearances again.