Prince William recently shared some of the health concerns that his dad, Prince Charles has faced over the years.

During an interview with BBC from his home at Kensington Palace, the Duke of Cambridge also expressed his concerns over the Prince of Wales following his previous COVID-19 diagnosis.

According to Kate Middleton’s spouse, Prince Charles has suffered from several chest infections and colds which makes him susceptible to the deadly coronavirus.

And since the heir to the throne is already in his 70s, Prince William couldn’t help but worry about his father after he tested positive for COVID-19.

But at the end of the day, the future king also knew that his dad could beat the illness because he’s very strong.

“And actually, he was very lucky, he had mild symptoms. I think the hardest thing he would was having to stop. And not being able to go and get a bit of fresh air and a walk,” he said.

Prince George’s dad also said that Prince Charles struggled a lot with his mental health because he was unable to go for his usual walks.

Camilla Parker Bowles’ husband had to self-isolate while at home.

Following Prince Charles’ diagnosis, he had the opportunity to talk to his eldest son.

The second in line to the throne said that the conversation that he had with his dad also helped give him the reassurance that he needed not to worry too much. 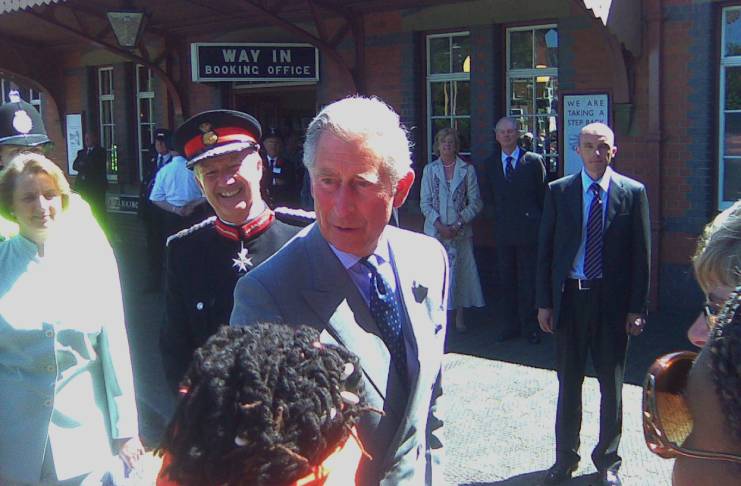 The Duke of Cambridge also talked about his grandparents, Prince Philip and Queen Elizabeth, who are self-isolating at Windsor Castle.

Her Majesty and the Duke of Edinburgh were living separately at Buckingham Palace and Sandringham, respectively before the coronavirus outbreak.

However, the pandemic forced them to reunite at Windsor Castle last month.

According to Middleton’s husband, his grandparents are also at high risk for COVID-19 because of their age.

But the dad of three said that the royal family is doing everything that they can to make sure that they will be safe from the virus no matter what.

Earlier this month, the Queen released a statement reassuring Britons that they will get through the virus.

The Queen canceled her series of engagements for March and April due to the deadly coronavirus.