Prince William snubbed Prince Harry and Meghan Markle at the Commonwealth Day service for a reason.

Princess Diana and Prince Charles’ two sons Prince William and Prince Harry were very close growing up. However, according to reports, they had a falling-out when Prince Harry was about to marry Meghan Markle.

Kate Middleton’s husband reportedly told his younger sibling to take his time and not rush. However, Prince Harry felt that his older brother wasn’t supportive and was trying to ruin his romance with Markle.

In March, the Duke and Duchess of Sussex returned to the U.K. to attend their final engagement. They joined Queen Elizabeth II and the other members of the firm during the Commonwealth Day Service.

However, Prince William and Middleton were accused of snubbing Prince Harry and Markle.  A video that made the rounds online showed that there was little to no interaction between the Cambridges and Sussexes.

Prince William and Middleton stopped and talked with Prince Edward and Sophie, Countess of Sussex upon arrival. But the future king and queen didn’t do the same to the Sussexes. 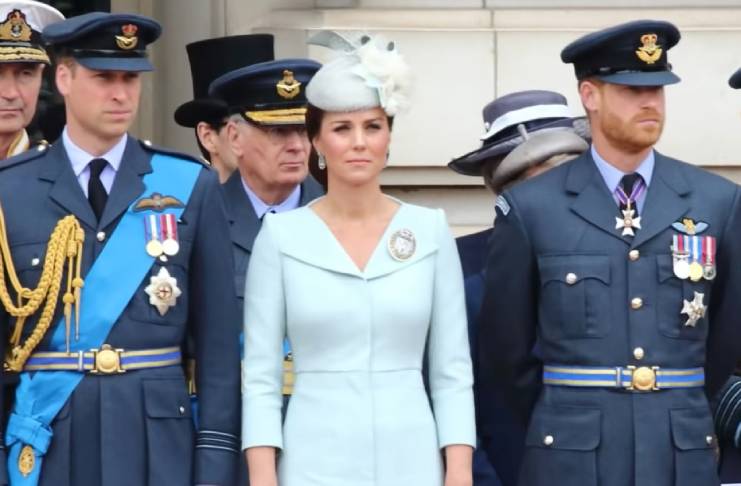 Body language expert Bianca Cobb commented on the awkward situation. According to her, Prince Harry looked a little uneasy while Markle was more confident.

She also noticed how Kate Middleton didn’t even look at her brother- and sister-in-law.

“Kate had zero acknowledgment when taking her seat near Harry and Meghan,” Cobb told Us Weekly.

Royal commentator Phil Dampier spoke with New Idea and discussed the encounter. He acknowledged that there was a “definite rift and iciness.” But the Duke of Cambridge reportedly did what’s best to help his younger brother.

“William wanted to calm Harry down, because he could see that he was seething about it,” Dampier explained.

“I don’t think he necessarily decided to do it because he agrees with what his brother’s done, or that he sympathizes with him, he probably did it purely for practical reasons to avoid Harry making the situation much worse.”

Prince William and Prince Harry’s tension is only getting worse

Dampier felt that the tension between Kate Middleton’s husband and Meghan Markle’s spouse was getting worse. He hoped that the royal princes would eventually reconcile.

However, Dampier felt that it might not happen soon especially that the Sussexes are already residing in the U.S. He added that Prince Harry and Markle may not return to the U.K. for a long time.

China to get an exclusive, limited-edition ‘Cyberpunk 2077’ smartphone