Princess Beatrice has officially confirmed that she is canceling her wedding to her fiancé Edoardo Mapelli Mozzi. The wedding, which was supposed to take place on May 29, was canceled due to the ongoing COVID-19 pandemic.

Dubbed by many as the Royal Wedding of the year, Princess Beatrice was forced to cancel the event after already having postponed it earlier this month. A spokesperson for the couple told Vanity Fair, “There are no plans to switch venues or hold a bigger wedding. They aren’t even thinking about their wedding at this time.”

Botched Royal Wedding of the Year

Despite being considered by many as the royal highlight of the year, Princess Beatrice and Mozzi have been maintaining all along that their wedding will be a relatively low-key, nonchalant event. Considering the preparations the couple has made, many royal commentators agreed that the ceremony might be the smallest royal wedding in recent years.

The original wedding date was officially confirmed by the couple in February, five months after their engagement. The wedding was to be held at the Chapel Royal, the same venue where Queen Victoria and Prince Albert made their vows. Based on initial reports, after the wedding, the reception would have taken place in the Buckingham Palace gardens. 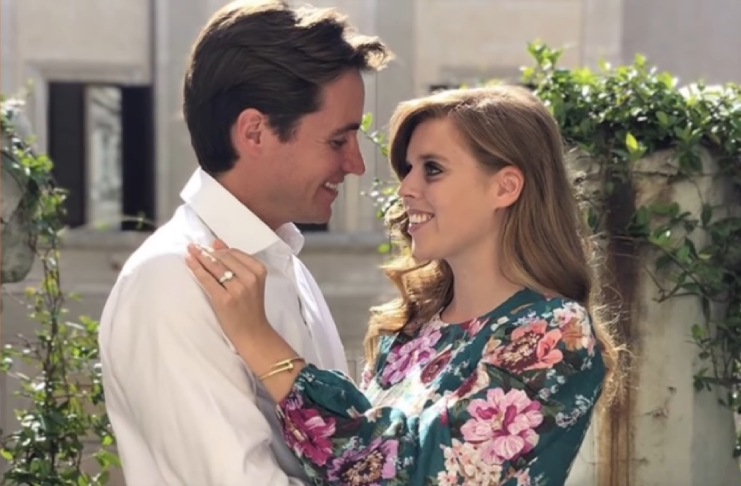 A Grand Wedding to “lift the nation’s spirits”

A recent report from The National claims that Princess Beatrice is pushing her wedding date back into next year. With the COVID-19 pandemic still raging on not only in the United Kingdom, but in the rest of the world as well, it comes as no surprise that the princess put the interest of the people first rather than pushing through with the original plan.

As fate would have it, Princess Beatrice could capitalize on the current pandemic situation and use her royal wedding as a way to lift a weary nation’s spirit.

While the original plan was to have a small, simple wedding ceremony, due to recent developments, it would appear that Princess Beatrice is now considering a bigger event.