Princess Diana may have convinced Prince Charles that they have a lot in common, and likely a “perfect fit” for him as his wife, reportedly leading the Heir Apparent to think that they are a match.

It was not until a decade later when Princess Diana and Prince Charles learned that they were not a match. After years of speculation that the marriage of the royal couple was in “peril,” it was only in 1992 when their formal separation was announced.

The Wales couple continued to attend royal events and engagements together despite their separation. However, an interview in 1995 reportedly changed it all.

According to Cheat Sheet, Princess Diana went on air to share that her marriage to Prince Charles was “crowded.” As explained, she revealed that there were three persons in their marriage. It was, later on, revealed that the late Princess was referring to the then-Camilla Parker Bowles.

Queen Elizabeth II then ordered the couple to get a divorce. In 1996, the Prince and Princess of Wales’ divorce papers were finalized.

But, despite all the controversies and dramas, this was not all the case during the first part of their relationship. Royal biographers and experts even said that it was Princess Diana who convinced Prince Charles that they were a match.

In a report released by Town & Country, the Prince and Princess of Wales met through her sister, Sarah. As revealed, the royal-born Prince was dating the now-Lady Sarah McCorquodale in 1977. 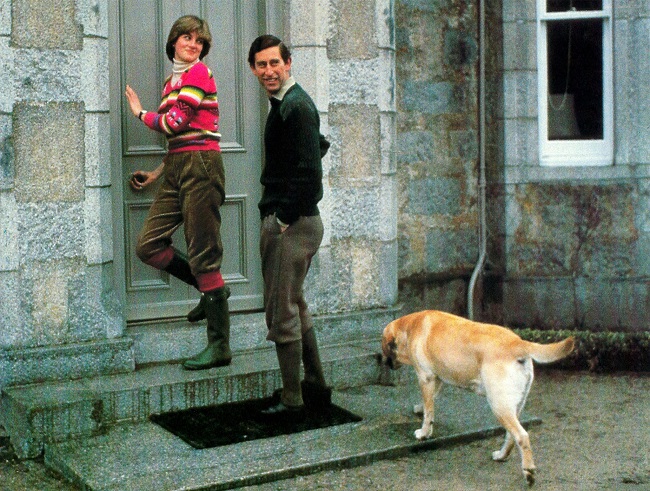 The relationship was only brief. This was why Princess Diana and Prince Charles did not see each other until 1980.

As reported, they met again three years later when they both got an invite to stay in Sussex. Since then, they started to date each other despite the 12-year difference in age.

Brief courtship before the wedding

Royal experts and biographers revealed that most of their courtship period was done through the phone. Reports also noted that they only met 13 times before Prince Charles asked Princess Diana to marry him.

As per Express UK, royal biographer Howard Hodgson shared in his piece, Charles: The man who will be King, that Prince Charles was convinced that the late Princess of Wales was the one for him. He reportedly explained that Princess Diana claimed to the Heir Apparent that she understood what was “expected of her.” The expert continued to share the late Princess also “expressed her love for Balmoral,” the “country life,” and other things that Prince Charles loves.

These things are reportedly what made the Prince of Wales decide to marry Princess Diana. Aside from these, royal experts also added that the Royal Family also deemed the late Princess as suitable, given that she was “aristocratic.”

Princess Diana and Prince Charles officially tied the knot in 1981.