Bitcoin has persisted for over a decade. Throughout that time frame, more and more individuals have found themselves more cognizant of and interested in BTC and crypto as a whole. However, the massive growth in price and participation has not been reflected by improvements to the network.

Once upon a time, Bitcoin was paraded as a decentralized currency that enabled worldwide payments of any amount for free.

But as the network grew, free turned into fractions of a penny, then pennies. Now, the average user pays roughly US$1 for a typical transaction.

Newer developments like Segregated Witness and Lightning Network have improved transaction throughput and softened fees, but these improvements haven’t completely alleviated the burden on users.

And as the Bitcoin network aspires to grow in scale, these issues will come back bigger than before. 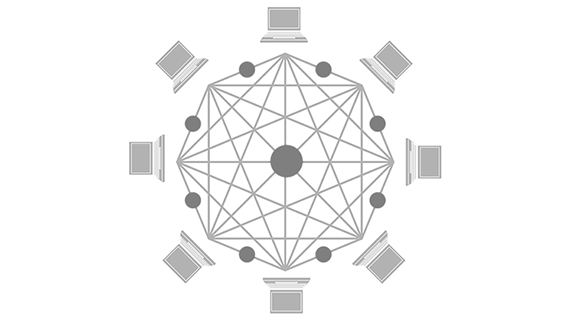 Consensus as we know it

In PoW, individual miners compete with one another to “mine” each block of payments, while simultaneously working to verify transactions and defend against double-spend attacks and other malicious activities.

The more hashrate provided by the collective miners, the more secure and robust the network comes.

However, the gains in mining power do not equate to an increase in transaction throughput or efficiency, as every miner is competing to be the provider of the same, single service.

For this reason, Bitcoin has seen widespread criticism for its energy inefficiency.

Another consensus mechanism, Proof-of-Stake (PoS), has emerged as an alternative to PoW.

Rather than contributing computational resources, in a PoS network, participants contribute resources by “staking” their coins in order to propagate the network.

Many coins, such as EOS, use a nuanced version of PoS, dubbed Delegated Proof-of-Stake, in which entities that achieve a certain threshold of staked coins are given elevated responsibilities and authority on the network.

While PoS is seen as more energy efficient as PoW, the concerns of scalability persist. More stakers in the network doesn’t equate to higher throughput.

Unlike PoW, staking consensus mechanisms are also limited in terms of participation, as there are only so many coins in circulation. Rather than an energy problem, PoS networks have an affordability problem.

Most major altcoins utilize some offshoot of PoW/PoS or a hybrid between the two.

They are built to address immediate concerns faced by Bitcoin and other networks, but they fail to alleviate the long run scalability constraints of a network operating at mass adoption.

A new paradigm of consensus models is required.

Nyzo: Time and diversity as a currency

Diversity refers to the quality of Nyzo in which the network grows and improves with greater participation.

Instead of miners or stakers, Nyzo’s network is made up of a “cycle” of verifiers.

Essentially, each verifier takes turns minting blocks. Rather than competing with one another, each participant cooperates and communicates to create blocks as efficiently as possible.

This embodies the “mesh” quality of Nyzo: resources are leveraged in cooperation with each other to bolster and boost the network as a whole.

Each “cycle” finishes once every active in-cycle verifier has minted one block. During a cycle, perspective participants can queue up at candidates for the next cycle. At the end of the cycle,

queued verifiers, as voted for by existing participants, can join the next cycle. Verifiers are compensated for their work in NYZO.

This system also makes Nyzo massively resilient to 51% attacks, the most commonly orchestrated attack in crypto.

In a 51% attack, a malicious actor contributes resources that account for a majority of the entire network, allowing them to monopolize consensus and hijack the network.

On Nyzo, a potential 51% attack would take significant preparation, as new verifiers are only gradually integrated into the cycle.

Instead of an attack that typically takes minutes to execute, a 51% attack on Nyzo would take months, cost millions of dollars to execute (even at the current nascent stage of the network) and likely invoke scrutiny from network participants since every detail about the entry mechanism is public.

In production, Nyzo is the only blockchain network that operates at maximum efficiency. Additionally, it’s unique in its potential for limitless expansion.

The Nyzo mesh also emphasizes ease of entry for verifiers- participation has so little burden that a standard VPS is sufficient.

In the search for the optimal consensus mechanism for adoption at scale, Proof-of-Diversity may just be the solution.

The network does not use more electricity than necessary — this stands in sharp contrast with the Bitcoin network.

That, together with the multiple variables at play which make it harder for an attacker to 51% attack the network, Nyzo is primed to secure it’s place into the cryptocurrency landscape.