For every kilogram of Australian beef sold in China, there’s a kilo of counterfeit steak sold. Now producers are fighting back using nanotech and blockchain.

Fake steak is a massive problem in China.

Beijing-based industry expert Ian Lahiffe estimates that for every 1kg of genuine beef sold in China, there’s 3kg of beef that’s not from the country claimed, 3kg that’s not the cut of meat claimed; and 3kg that isn’t beef at all.

Australia shipped 206,000 tons of beef to China in the past year, accounting for more than 17% of beef imports to the country.

With a reputation for being clean and green, Aussie beef goes for premium prices.

PricewaterhouseCoopers estimates that every second kilo of beef sold as “Australian” in China is fake, costing the local industry $2 billion a year in lost sales.

Various producers have experimented with packaging seals and identifying dye stamps but these are quickly counterfeited.

“We’ve done everything to stop it but it’s almost impossible to keep up; every time we change labels or put additional anti-counterfeit branding on our new packaging it gets copied and replaced with inferior product within a week,” he said. 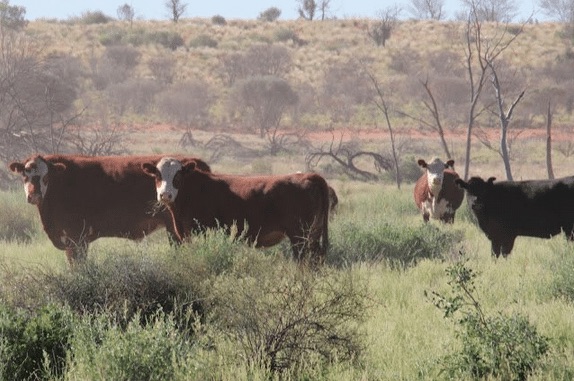 Blockchain to the rescue

Each cut of beef is put in cryovac packing that includes a QR code.

Its journey is tracked from the abattoir in Australia, all the way to China, where consumers can check its provenance by scanning the code with their smartphone.

The code works with VeChain Pro app, WeChat, and Alipay and the blockchain record can’t be faked.

Going forward, L28 intends to track its lamb business on the blockchain too. 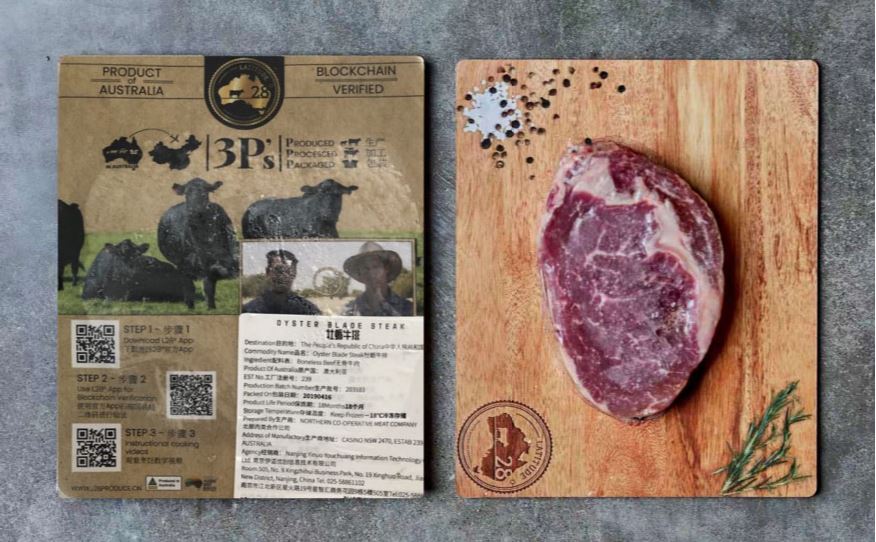 VeChain just one of many supply chain solutions

VeChain is far from the only supply chain solution tracking Aussie farm products. Local competitors include BlockChain, AgriDigital, and Beefledger.

The latter project, with its BEEF token, has been shipping blockchain tracked Aussie beef to Beijing, Shanghai, Wuxi, Changshu, Chengdu, Wuhu, and Guangzhou since January this year.

The most recent shipment, from the Northern Cooperative Meat Company in New South Wales, departed our shores earlier this week for Shanghai.

“The product is packed in our distinctive gift boxes, with six individual portions in each box. We will be distributing it to consumers from our recently established micro-distribution node in Wuhu, Anhui Province,” said BeefLedger Chairman Warwick Powell.

Beefledger established its first independent micro-distribution partnership last month in Wuhu, a city of 3.6 million people about 400k from Shanghai.

Local partners, called “BeefLegends”, sell and deliver the beef around the city through something the company calls “physical decentralization”

Beefledger’s research shows that combating the fake Aussie beef problem could be increasingly lucrative in the years ahead, with average annual consumption in China rising from 3.8 kilograms in 2010 to almost 6 kilos today and forecast to hit 11kg by 2024.

Nanotechnology spray a bridge too far?

QR codes and RFID chips are just one way to track beef.

The process starts in the abattoir where sides of beef are sprayed with the silicon dioxide particles as fine as castor sugar.

Silicon dioxide is an approved food additive that is used as the anticaking agent in dry mixes such as powdered milk and spices.

The Australian Financial Review called the process a “crypto anchor that can be scanned using a hyper- spectrum gun”.

Vic’s Premium Quality Meat has been trialing the new tracking system along with Rangers Valley and Greenham (owners of the Cape Grim Brand).