PUBG is adding bots to its test servers along with their ranked mode for PC. These add-ons will come with the 7.2 update to the game.

The new update for PUBG moves certain areas of their console version to the PC experience. Specifically, bots now come to every game to fill in teams, which offers a variety of experiences.

Players can expect the bots to come out starting today in their test servers, May 14.

According to developer PUBG Corp, the bots have a variety of uses to them. First, these bots will help ease newbies into the experience. They will give users a way to net some quick kills and gain confidence as they go.

Players from a broader range of skillsets will also get a better feel of the game. PlayerUnknown’s Battlegrounds have a different shooting behavior than many games. With bots, people can playtest the experience and slowly grow in skill.

Even then, players are not very happy with the update. The company’s update blog also noted that this update is likely “controversial,” and for a reason.

Even in PUBG Mobile, players knew that bots were there to fill empty slots. Bots are predictable and do very little teamwork. In a team-based battle royale, the addition of a bot into a team can give others some disadvantages.

PUBG Corp iterated that bots will not exist in ranked mode.

“Rest assured, we plan on making improvements to how bots currently work, and most importantly, bots will NOT be in Ranked Mode games,” the company said.

Ranked matches will have their own special rules different from public games. Other than the lack of bots, ranked games will lose the weird Red Zone and the motor glider. The safe zone shrinks faster too, which means faster gameplay.

Everyone who plays in the new mode will get points according to many factors. These will include their kill count, assist count, and their final position in the match. Winners will get more points, people who die early get none or have their points reduced. 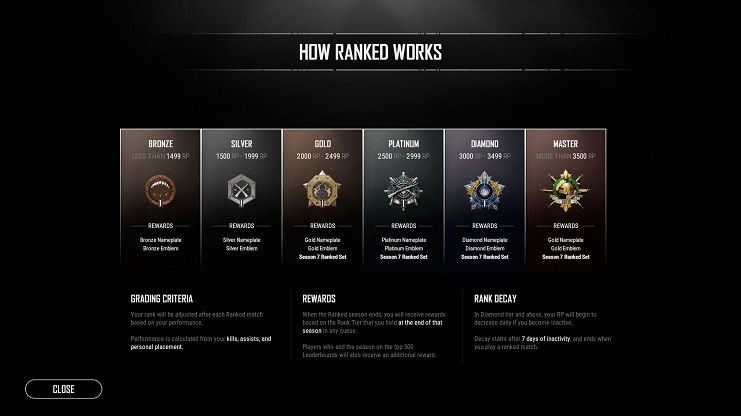 Players who have more RP will get a better rank. Total ranks will have six tiers, with each tier further divided into five more divisions.

Every end of season, players will get special rewards according to their max rank within the season. These rewards can be anything from some Silvers to skins for Gold rank players and above.

The PUBG 7.2 update also added some balance adjustments. These include weapons, vest stats, and shotguns. The game even added an extra use for gas cans, which players can shoot for a fire trap.

Meghan Markle should get perspective, Donald Trump wouldn’t agree with this...