The shadow assistant treasurer has called for a proposed ban on cash transactions above $10,000 to be extended to cryptocurrencies.

The local industry breathed a sigh of relief in late July when the Federal Treasury’s draft proposals to ban cash transactions above $10,000 specifically exempted digital currencies from the definition.

But the relief may have been premature.

The Australian Financial Review reported yesterday that Australia’s main opposition, the Australian Labor Party has resolved to support the ban, which will enable the legislation to pass in the face of mounting opposition from minor parties.

The AFR quoted shadow assistant treasurer Stephen Jones as saying the proposed laws make sense but should be extended to cryptocurrencies.

“If the motivation is genuinely looking at addressing fraud, tax avoidance, terrorism, and criminal activities then we should look at all of the currencies that are likely to be subject of that,” he said.

The Labor Party has the ability to propose amendments to the legislation when it is introduced to Parliament in the coming months.

The governing Liberal Party may need to accept ALP amendments in order to get the bill passed as some minor parties and independents have already voiced opposition to the laws.

Due to commence in January 2020 the Currency (Restrictions on the Use of Cash) Bill 2019 proposes to outlaw business owners making or accepting transactions of $10,000 or more in cash.

The new laws will be punishable with two years’ imprisonment or a $25,000 fine.

It’s being sold as part of a plan to crack down on the $50 billion black economy that will generate an additional $5.3 billion in tax revenue. 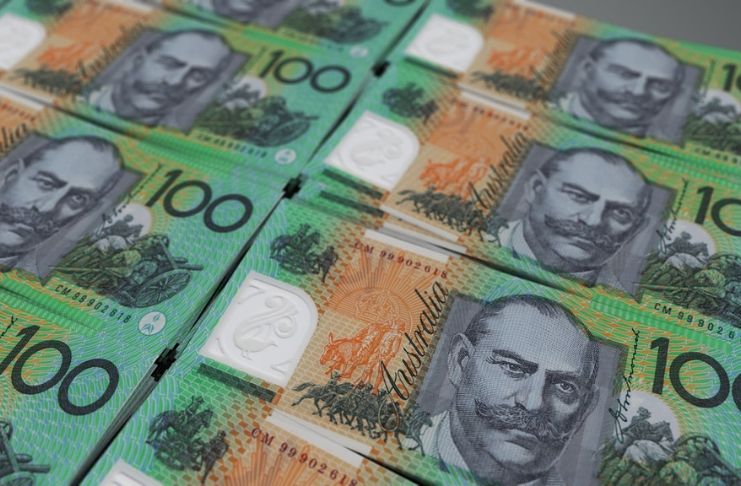 There’s a growing backlash to the laws in Australia, particularly on social media, citing privacy and freedom.

A number of minor parties and independents, along with accountants and think tanks, have indicated they’re opposed to the law.

Accounting body CPA Australia said while it supported action on the black economy, “to link all large cash transactions to criminality is a step too far“.

It said the bill reversed the onus of proof and didn’t provide sufficient legal defences.

Libertarian think tank the Institute of Public Affairs has called the law a “disturbing breach” of privacy.

“The intention of the cash ban is to create an accessible digital record of transactions that government can monitor,” said IPA fellow Matthew Lesh.

“This establishes a creepy precedent, foreshadowing a future in which you are only allowed to make purchases that Big Brother can watch,” he added.

He said the laws were a danger to freedom that is “greater than the danger to our lives through terrorism”.

Hard right One Nation leader Pauline Hanson said the cash ban would leave people vulnerable to negative interest rates and that the party will oppose the plan.

And the Tax Australia Leader at Chartered Accountants Australia and New Zealand (CAANZ) Michael Croker also made a submission that the $10,000 limit is too high and that cryptocurrency should be included.

“Cryptocurrency is an obvious substitute for cash and can also offer the same anonymity. Excluding cryptocurrency from these reforms will only supercharge its use by black economy participants.”

It remains to be seen whether the ALP will be convinced by arguments that extending the ban to cryptocurrency would “largely prevent the use of digital currency in Australia or significantly stifle innovation in the sector,” as an explanatory memorandum attached to the draft legislation noted.

“There is little current evidence that digital currency is presently being used in Australia to facilitate black economy activities,” Treasury noted.

“This position will remain under ongoing scrutiny to ensure that the exemption for digital currency payments remains appropriate.”

The proposed legislation also isn’t quite as draconian as some on social media are making out.

It includes exemptions for individuals withdrawing or depositing in their own bank accounts, foreign currency exchanges and ‘consumer to consumer transactions’ which would allow you to buy a secondhand car with cash.

However, paying a home deposit with cash would be outlawed.