Queen Elizabeth has, reportedly, been using secret codes to send signals to her royal aides when she’s out in public.

While speaking with People, royal historian Hugo Vickers said that some of Her Majesty’s codes are worrying for those that talk to her.

For instance, the Queen usually sends a secret message when she moves her handbag from one hand to the other.

After moving her handbag, a royal aide will approach the Queen and tell her that someone else wants to talk to her.

Political reporter Annabell Crabb also discussed the significance of the monarch’s handbag. This is the only code that Her Majesty can use to alert her staff and friends with what’s going on.

“If she’s tired of somebody, and needs to be rescued in a social situation, she’ll do something discreet with her handbag,” Crabb said.

“If she’s standing up and has got her handbag over one arm, she’ll switch it to the other arm and that’s the cue for some lady-in-waiting to bustle up and say, ‘excuse me, you are urgently needed to speak to the Archbishop of Canterbury,’” Crabb added. 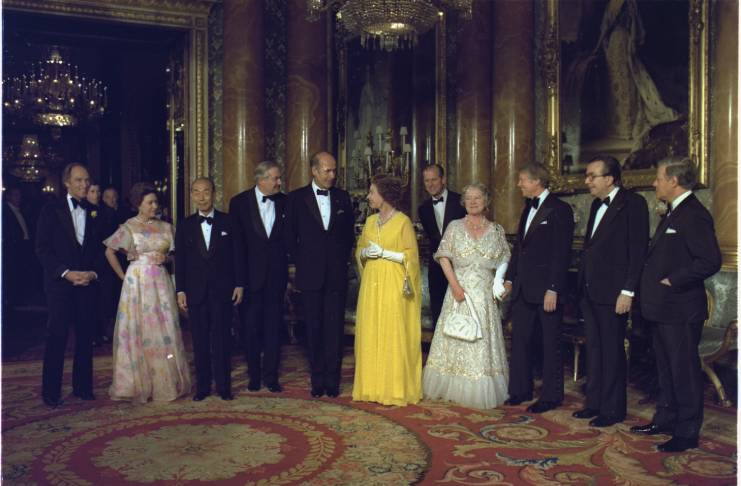 The political reporter also talked about the time that the Queen met up with George Brandis two years ago.

Crabb said that the Queen placed her handbag on her seat and it stayed there until the end of the conversation. The fact that the monarch did not move her handbag suggests that she didn’t need rescuing at that time.

Crabb added that if the Queen placed her handbag on the floor, this means she needs immediate rescuing.

“And if it’s on the table, it means, ‘I’ll give this person another five minutes and then get me out of here,’” she said.

The Queen also made headlines this week after she released a statement on her 94th birthday.

On the royal family’s official social media page, Her Majesty expressed her sadness following the heartbreaking events in Nova Scotia.

“Prince Philip and I have been deeply saddened by the appalling events in Nova Scotia, and we send our condolences to the friends, friends, and colleagues of those who have lost their lives,” she said.

The recent shooting in Canada is one of the deadliest in the country. Reports confirmed that Gabriel Wortman, 51, is the gunman.