Mean Girls is one of those movies that has a major influence on its audiences during its heyday. Even after all this time, the memes generated by the film continues to thrive on the web.

“Why are you so obsessed with me, “that’s so fetch,” and “you can’t sit with us” are just some of the jokes that people have been repeating for years. So it wasn’t surprising that that the movie was brought up again when Rachel McAdams appeared during the Heroes of Health: COVID-19 Stream-a-thon. 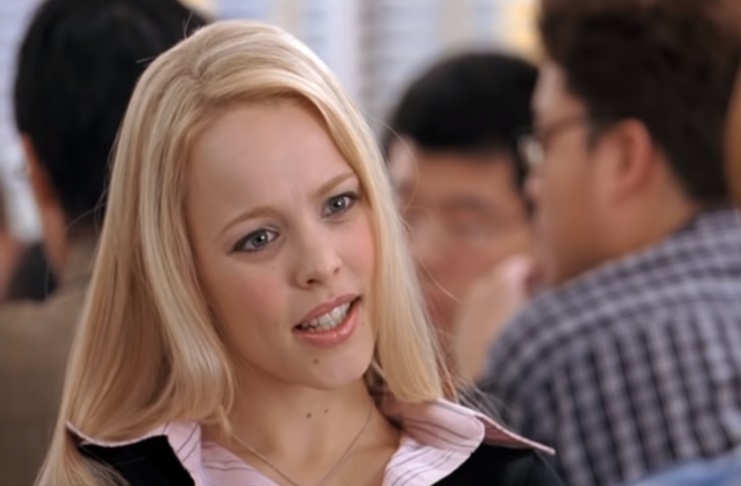 When The Notebook star was asked by the host if she could revisit any character and relive playing them, McAdams said she’d be thrilled to revisit all of her previous work. However, it was her character, Regina George, that she specifically mentioned, saying it would be interesting to play the queen bee again.

“It would be fun to play Regina George later in her life and see where life took her,” McAdams said. The host then asked if the idea was ever discussed, to which the actress replied that only in jest.

But there was a television film sequel to Mean Girls titled Mean Girls 2 that was released in 2011 and premiered on ABC Family. Unfortunately, the movie didn’t pan out and was buried in obscurity.

As for the possible reunion of the main cast of the original film, McAdams did previously say in 2016 that she’d be interested in a reunion and a musical. Of course, seeing how everything unfolded after that statement, it’s safe to assume that the possibility of a true sequel to Mean Girls will not be happening.

Rachel McAdams talks about her family amidst the quarantine

With regards to McAdams’ other projects, her comedy film Eurovision was originally set to come out in May on Netflix. It’ll be released in time with the annual singing competition but was subsequently pushed to the end of June.

At the moment, however, McAdams is busy with her two-year-old son whom she shares with Jamie Linden. The actress rarely talked about her personal life, but she did so during the stream, revealing what her family is doing amidst the quarantine.

“We live sort of out in the country, there is a little farm down the road, so we can go to it and look at the animals,” the Spotlight star shared. “We’ve been doing some planting, some okra… Well, I mean, I do the planting and he snacks most of the day.”