Rainbow Six Siege operator Melusi will get a nerf in the upcoming Y5S2.1 patch. A few tweaks, including some adjustments, will make the operator less annoying.

The newest Rainbow Six Siege Steel Wave is only a little more than 10 days old. Even then, quick patches will change a few things for the game itself. The upcoming fix will reduce the OP-ness of Melusi in many situations.

The patch will also add match cancellations for uneven matches. The upcoming changes to the game’s sound system are also on their way.

Rainbow Six’s new operators Ace and Melusi are OP when they came out. When a game adds heroes, the way they upset the balance makes them one of two things. New heroes either become underpowered compared to old fighters, or OP picks. 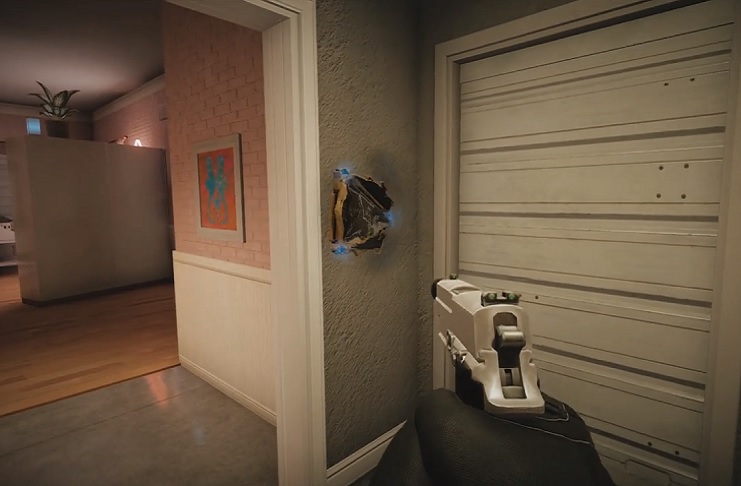 Melusi is the latter of the comparison, as she demolishes entire teams. It’s easy to see why she needs a nerf.

In Siege, intel is everything. The team who has the better intel will almost always win. Melusi is an intel-gathering powerhouse with her Banshees. The Banshee sonic defense not only acts as radar, but they’re also robust crowd control devices.

The Banshee slows players down once enemies are in the penalty zone. The intel plus crowd control is everything players want in Rainbow Six. These are also the areas the Y5S2.1 patch will work out.

According to the notes, Melusi’s penalty zone will drop by 33%. The sound of Banshee’s effect in First Person POV will also go down. These tweaks make matches against the operator a less annoying affair.

Apart from nerfs to Melusi, Ace and Hibana will also get a tweak. Rainbow Six Siege will tweak them to prevent the destruction of Bandit’s Batteries with reinforcements.

Match cancellation is also coming through the 2.1 patch. Players with incomplete teams or too few players early in the game can cancel the game.

“To address frustrations where players are placed into a game with incomplete teams on either side, we are working on a Match Cancellation feature, that you may have tried on the Test Server,” said Ubisoft in their notes.

“The goal will be to allow players to cancel matches in the early stages of a game under the condition that their team is incomplete.”

The sound packaging system now has a target release too. The new, repackaged game sounds and fixes will come out on Y5S3, which is not too far. Rainbow Six Siege is trying to do different types of fixes for the game. The game still has much of Steel Wave underway.