RecoTechnology first announced 1971 Project Helios earlier this year. Now, it has been revealed that the turn-based military game will arrive on all gaming platforms on June 9.

In a recent press release, RecoTechnology discussed its upcoming title’s gameplay last February. The developers also announced that it will be available on PC, PlayStation, Xbox, and the Nintendo Switch.

In 1971 Project Helios, the player gets to choose from eight different playable characters as the game explores the freezing game environment. There will be three factions that will stop the player from succeeding in its mission to rescue a key scientist named Dr. Margaret Blythe. The battles will be turn-based, which is a turnoff for gamers who want fast-paced action. But, Reco’s decision for this type of gameplay allows users to carefully strategize every move and not just mish-mash random buttons to win.

Each character will also have skill trees that can be upgraded along the way as the team navigates through attacks, military bases, and settlements handled by an anti-technology religious group.

The strategy is the name of the game for the 1971 Project Helios. To make the experience more immersive, there will be three possible endings that depend on the game choices of the player. 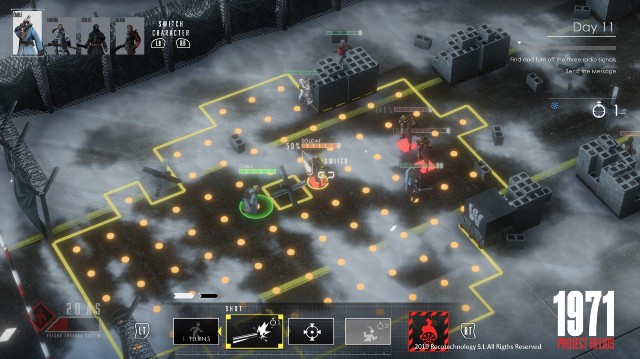 Besides the main mission, there will be challenges in-game that will test the strategic skills of the player. There will be hardships throughout the journey and it does not only include running into enemies, but teammate troubles await the player as well.

The division of resources is another aspect that the player should watch out for. The cold weather adds to the struggle as well. The good thing is, the enemies are not exempted from the harsh temperature, so the player can decide to use the freezing weather to its advantage.

Players have the means to overcome these challenges though. There is an option to upgrade skill trees as mentioned earlier and the option to upgrade the in-game team’s equipment. The skill unlocks and upgrades have different benefits that may break or create the perfect character. Several skills synergize with one another but it is up to the player to decide. 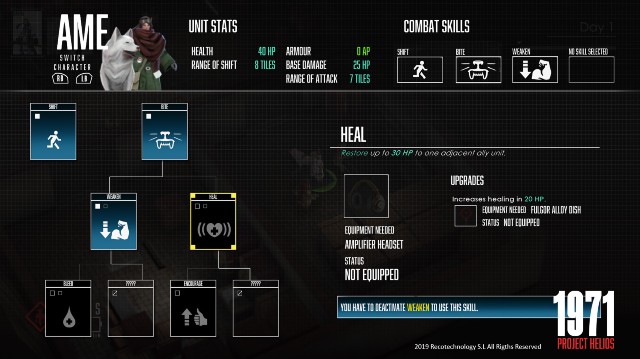 Out of the eight playable characters, only two have been revealed so far with a brief backstory. There are no details yet on what their race or character skills are.

The first one is Émile Dupont, a family-oriented character and based on the game portrait, he is most likely the all-around guy.

Hanna Nikkilä is the second one. She’s the team’s marksman and as the description says, “no one escapes Hanna’s eagle eye.

The other characters are not yet revealed, but on the game’s screenshot, some of the names are shown as Ame, Alina, Soldat, Renzo. The character details will be unveiled soon as the release date gets closer.