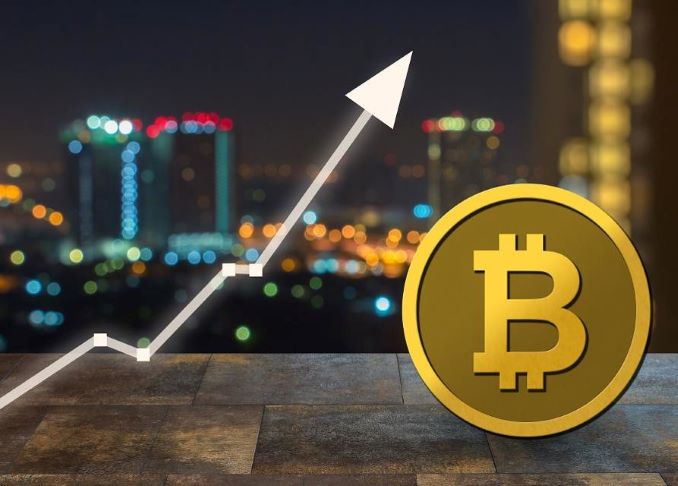 An analysis of billions of Reddit comments found they moved in tandem with the Bitcoin price … until about six months ago. So what happened?

Sam Smith from new cryptoanalytics firm ChartStar set out to discover if the volume of Reddit comments was linked to the price of Bitcoin.

It was a huge undertaking – in 2019 alone there were more than 1.9 billion comments  made in total across all of Reddit.

He had to turn to the cloud hosted database Google BigQuery to crunch the huge dataset.

Slightly worryingly, Google Cloud has free, publicly available dataset of every Reddit comment EVER MADE pre loaded into a Big Query table.

He worked out a way to get the comment data into monthly chunks, and cross matched it with in pricing data using the CryptoCompare API. 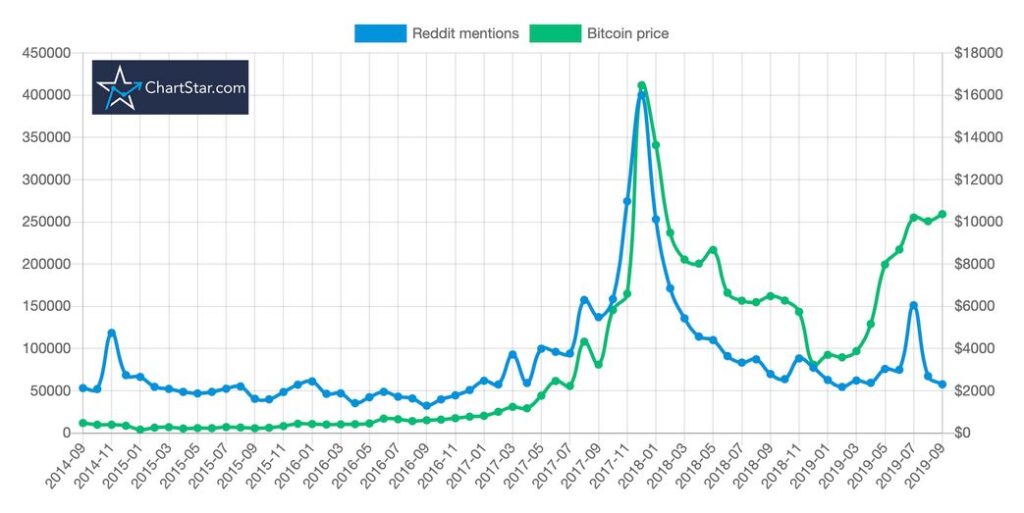 The graph it spat out showed a very clear correlation between the Bitcoin price and the number of Reddit comments.

So the question is: does an increase Bitcoin price precede the volume of comments increasing or is it the other way around?

Smith found that the the number of Reddit comments was ‘somewhat predictive’ of the weekly average price.

There was certainly a spike in comment volume leading up to the All Time High of almost $20,000 per Bitcoin back in December 2017. 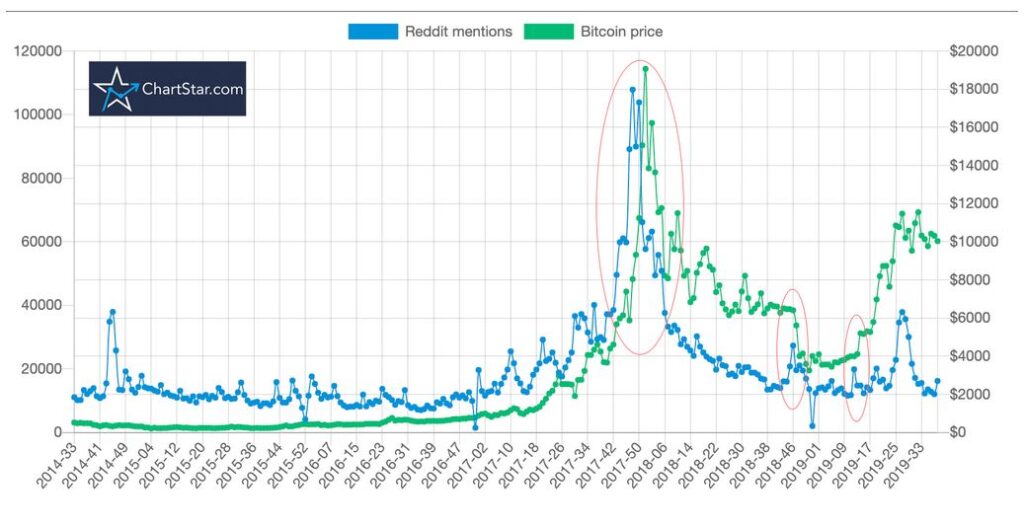 “As we can see with the above weekly Bitcoin price chart, several significant price movements are precipitated by a noticeable change in Reddit comment frequency,” he wrote.

“Interestingly, the second circled area shows a spike in comment frequency occurred shortly before a decrease in the price. Note the x-axis is of the form year-week.”

Appropriately enough he later took to Reddit to sum up his conclusion: “You can see the more granular weekly data definitely shows some significant spikes in mentions prior to a significant price move event. Mind you, I’m not trying to paint it as a crystal ball but I think there is something there within this data.

“The analysis presented is fairly basic, a more sophisticated effort could mine further nuggets.”

Correlation weakens in past six months

So what about that noticeable weakening in correlation in the past six months between the Bitcoin price – which has been going up – and the number of Reddit comments, which have not?

On Redditor theorized that the “correlation seems to weaken as ‘institutional investors’ flock in.”

There might be something to this theory: Glassnode data shows that Bitcoin exchange deposits dropped by 60% over the last six months, which they interpreted as meaning the latest bitcoin rally isn’t being driven by retail investors.

Lending weight to that theory is that Google searches for the term Bitcoin haven’t risen much this year, despite the big uptick in the price.

They’re currently a third of what they were in June last year, suggesting that new retail investors aren’t fueling the rally.

And institutional grade crypto fund Grayscale announced last month it had taken in a record $600 million in 2019 – more than 2013-2018 combined.

“If the persistent question is ‘where are the institutions investors in crypto?’ the answer is that they’re here and showing up in a meaningful size,” Michael Sonnenshein, managing director at Grayscale, said at the time.

Smith also found the number of times Redditors mentioned ‘cryptocurrency’ or ‘bullish’ was also strongly correlated with the Bitcoin price.

Smith also attempted a similar experiment with the other top ten coins – but found those with non unique names that might be mentioned for non related reasons (such as Ripple or Tether) were difficult to analyse.

He did examine Ethereum, whose price looks even more correlated with Reddit comments than Bitcoin, while Litecoin showed a similar divergence between price and comments as Bitcoin did. 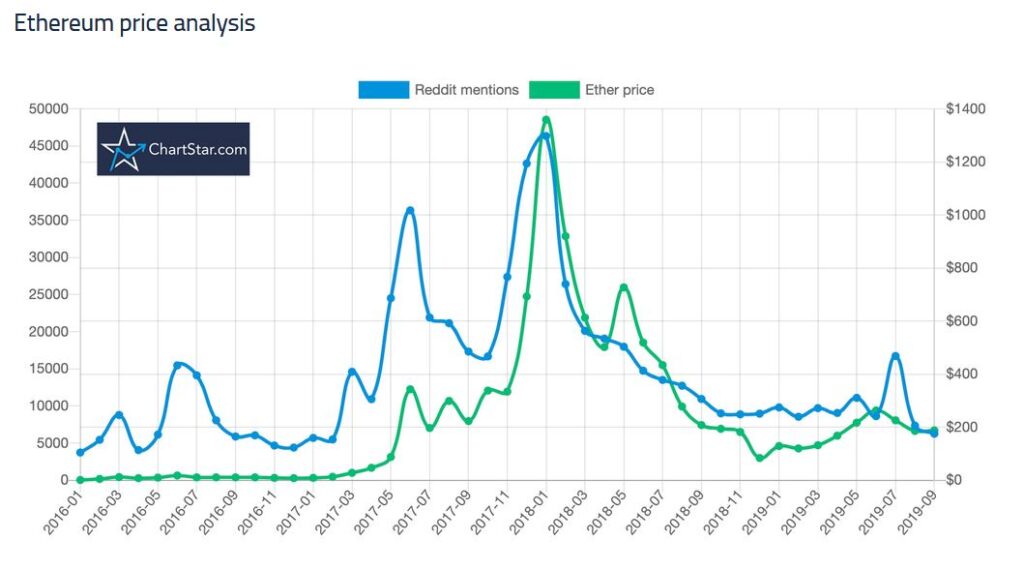