According to In Touch Weekly, Reese Witherspoon and Toth’s marital problems worsened while they are quarantining at home.

“Reese and Jim have always had their issues, but things are amplified now that they’re both working from home. There are even rumors they’re headed for a divorce,” a source said.

The insider also said that Witherspoon and Toth have a so-called professional rivalry. Last month, Toth launched the streaming service, Quibi, which hasn’t been very successful. On the contrary, everything that Witherspoon touches, allegedly, turns into gold.

As such, the insider thinks that this is causing friction in the couple’s marriage.

“No one knows if the marriage will survive. Things between them are far from perfect, and it’s just not looking good,” the source said.

Gossip Cop has quickly debunked the claims made by the tabloid. The publication said that Witherspoon and Toth are not on the verge of a divorce. 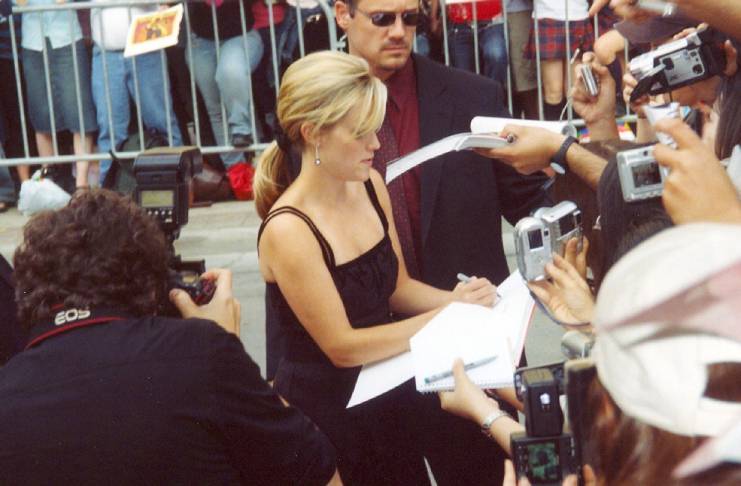 Reese Witherspoon gushes over her husband

Just recently, Witherspoon spoke with Candis magazine about her relationship with Toth. And the Big Little Lies star said nothing but positive things about her husband.

“We have the best time together. We find humor in everything. [We] have that lovely, easy relationship – you know how you get that sort of great feeling when it’s all working out,” Reese Witherspoon said.

The actress’s statement proves that the claims made by the tabloid are untrue. Witherspoon and Toth don’t also have a professional rivalry.

Actress allegedly feuding with her co-stars and other celebrities

This isn’t the first time that the tabloid published a dubious story about the actress. In the past, they claimed that Witherspoon has been fighting with her co-stars.

In 2018, In Touch Weekly claimed that Witherspoon is feuding with Meryl Streep. A source said that the former was unfriendly towards the latter during their outing at the Soho House in Malibu.

The insider claimed that Witherspoon was trying to show Streep that she’s the one that wears the pants. As such, there’s a power struggle between the co-stars.

However, Gossip Cop has also debunked the claims. Witherspoon and Streep didn’t have a power struggle while filming Big Little Lies. But their characters in the hit HBO series don’t get along well.

There were also claims that Reese Witherspoon was feuding with Ellen DeGeneres because the former wanted to start her own talk show. DeGeneres was, allegedly, enraged at Witherspoon and her plans, but no such talk show ever aired.