According to Woman’s Day, the Extra host and Tom Cruise flirted up a storm during their interview while the latter was promoting Mission: Impossible – Fallout. The tabloid claimed that sparks flew between the two during the interview. However, no concrete pieces of evidence can confirm that these hearsays are correct as of this writing.

But an unnamed source told the tabloid Cruise usually loathes doing media and press interviews. However, it seemed as though he forgot that the camera was there when he laid his eyes on Bargh.

Renee Bargh allegedly brought out the best in Tom Cruise

The insider also alleged that Bargh managed to bring out the best in Cruise because she was able to make him laugh.

“Tom wanted to keep talking when the cameras were off, and who could blame him?” the unnamed source said, as per Woman’s Day.

The insider also claimed that Bargh has a crush on Cruise simply because she uploaded a photo of herself with the actor on her social media account. 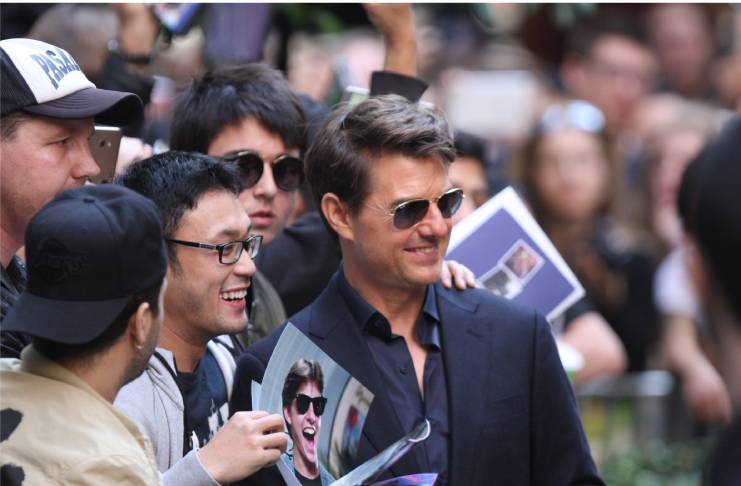 However, one should take the claims made by the tabloid with a grain of salt. Gossip Cop also debunked the tabloid’s claims by saying that Tom Cruise and Bargh were simply doing their jobs.

The publication also claimed to have spoken with an unnamed source that told them that there wasn’t any love connection between Cruise and Bargh.

Two years after they were linked to each other, Bargh is now being linked to Brad Pitt. New Idea claimed that their rumored relationship has already been confirmed.

The tabloid’s premise is also very similar to the story about Bargh and Cruise from two years ago. New Idea claimed that sparks also flew between Bargh and Pitt.

After interviewing the Once Upon A Time In Hollywood actor at the SAG Awards, Bargh was quoted as saying that there are always butterflies when Angelina Jolie’s ex-husband is around.

“I’m only human. I’m always a little nervous to speak to him; you feel this presence before you see him,” Bargh reportedly said.

However, what the tabloid alleges next is unfounded. They claimed that Bargh and Pitt continue to keep in touch over FaceTime while the former is in Australia for The Voice.

As of late, there are no concrete pieces of evidence that can confirm that these hearsays are correct. Bargh didn’t flirt with Tom Cruise two years ago. And she isn’t also flirting or dating Pitt.