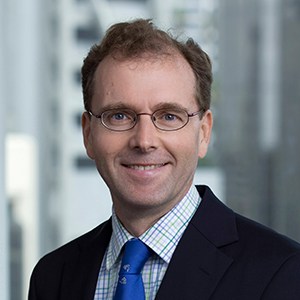 If you think officials from the traditional finance world have been sitting on their hands and paying no attention to the emergence of cryptocurrencies – and specifically Bitcoin – then you are wrong.

Tony Richards, the head of the Payments and Policy Department and the Reserve Bank of Australia (RBA), has just made that very clear.

Speaking at the Australian Business Economists Briefing on June 26, 2018, he revealed he’s been researching Bitcoin since 2013, created a Bitcoin wallet in 2014, and has even used the digital currency at a cafe.

It was quite a long speech, so Micky has summarised some key points.

Mr Richards admits he is not an expert on cryptography and related technical matters, but as an economist who focuses on payments issues, he has been following developments in Bitcoin and other cryptocurrencies.

“It is an area that the Bank has been watching closely for a number of years as it could have implications for us from a number of perspectives,” he said.

“It is also of interest to our international counterparts and so has been the subject of a lot of joint work done in the various committees that we participate in at the Bank for International Settlements.”

Mr Richards said as a way of analysing new payment methods he often tries to get firsthand experience of them.

“I have had a Bitcoin wallet since June 2014, (which) contains a small amount of Bitcoin,” he said.

“I have managed to find a Sydney café that accepted bitcoin for a coffee. But there are not many of them.”

During his speech, Mr Richards went into how Bitcoin works and indicated he was impressed by the technology underpinning the digital currency.

“Even if one is quite skeptical of whether Bitcoin will have a significant role in the economy in the future, I think it is hard to avoid some admiration for its design,” he said.

According to Mr Richards, the run-up in prices over Bitcoin’s history has reflected demand from three main groups of early adopters:

“I would characterise this last group as mistrustful of the traditional banking system,” Mr Richards said.

“Some of them assert that the quantitative easings undertaken by major central banks in the wake of the global financial crisis have somehow debauched the value of traditional national currencies.

“Of course, I don’t need to point out to this audience that, nearly 10 years after those quantitative easings, inflation in the major economies remains quite subdued.

“A further type of demand began to emerge around late 2016 and was associated with initial coin offerings.

“And the final type of demand that we saw most clearly in late 2017 was conventional speculation.

“This is where rising prices – and media reports of price rises – encourage more buyers, regardless of the fundamental value of the speculative assets.

“Many of these buyers would have had very little knowledge of cryptocurrencies except what they had seen on TV or heard from acquaintances.”

Mr Andrews finished his speech by saying he had “not explicitly addressed the merits of cryptocurrencies as investments.”

“On this issue, I think the various risks are very well summed up by the final words on a page on ASIC’s MoneySmart website: ‘If you decide to trade or use virtual currencies you are taking on a lot of risk with no recourse if things go wrong,” he said

“Bitcoin and other cryptocurrencies are yet to establish themselves as reliable stores of value.

“This is most obvious in a comparison of the volatility of bitcoin as opposed to national currencies like the Australian dollar.

“And there have also been many hacks of cryptocurrency exchanges and wallets over the past few years.

“That shows there is also a lot more risk in bitcoin intermediaries than there is in the supervised banks and financial institutions in which households can hold their Australian dollars.

“Bitcoin and other cryptocurrencies are also currently not very useful as a medium of exchange for everyday purchases.

“These risks acknowledged, cryptocurrencies and distributed ledgers are fascinating developments both from a payments and a broader economic perspective.

“The Reserve Bank will be continuing to study their implications and we are very interested in continuing to interact with entities, both large and small, that are active in this area.”

Mr Richards said cryptocurrencies do not appear to raise any major concerns for the Bank given their very low usage in Australia.

And on the topic of whether the Reserve Bank should introduce a new form of digital cash – an eAUD – he said it appears unnecessary at this stage.

“Our current thinking is that there would not necessarily be all that much demand for an additional form of money in normal times,” he said.

“For the time being at least, consideration of a possible new electronic form of money provided by the Reserve Bank to households is not something that we are actively pursuing.

“Based on our interactions with our counterparts in other countries, it is also not front of mind for most other advanced economy central banks.”

It will be interesting to see if and how the RBA’s stance changes over time.