The Resident Evil 3 Remake is chock-full of Resident Evil and Capcom fan service. From references to Resident Evil games old and new to cameos of the “Blue-Bomber” himself, here are a few RE3 Remake Easter eggs that you might have missed.

It’s been less than a week since the release of Resident Evil 3 Remake, and players across the world have stumbled across various Easter eggs that fans of the series and other Capcom classics are sure to enjoy.

Since a large part of the game has players revisiting areas from Resident Evil 2 Remake, it comes as no surprise that there are a lot of nods to its predecessor. 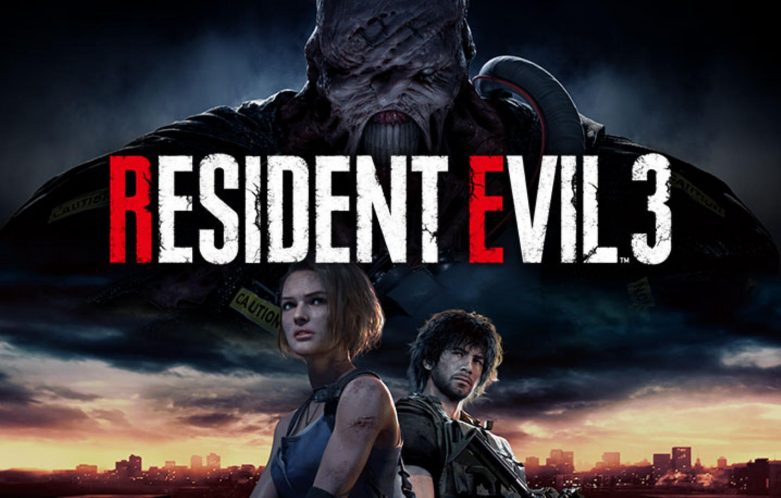 Carlos and his smart mouth

During Carlos’s visit to the Raccoon City Police Department, he makes several quips at Leon’s expense. He makes fun of Leon’s “Welcome” banner in the RPD West Office and wisely heeds the “keep out!” sign that Leon will choose to ignore, eventually leading to a gruesome encounter with some very hungry zombies.

The beginning of Branagh’s end

Early into Carlos’s section of the game, you’ll run into a zombified Brad Vickers whom Resident Evil veterans will remember as the pilot in the first game of the series.

Brad then proceeds to attack Marvin Branagh, the injured cop that Leon would soon meet upon his arrival at the RPD. For fans who’ve been wondering how Marvin sustained the injury that would inevitably seal his fate, we now have our answer.

Shortly after this scene, you can also visit a small room via an outdoor corridor where you can find Leon’s RPD uniform sitting in a locker.

When you approach the West Wing of the Raccoon City Police Department, you’ll encounter a scene where two police officers meet a grisly end at the hands (or tongue) of a Licker.

Leon would later encounter these two in the same area, so in case you were trying to figure out exactly what happened to them – the Licker did it.

If you’ve got the RPD Locker and Safe combinations from RE2 Remake saved somewhere on your phone or PC, make sure to keep them handy since the codes are exactly the same.

Fans of RE2 Remake will likely remember the gut-wrenching scene involving the Gun Shop Owner Robert Kendo and his daughter.

In RE3 Remake, if you linger near the Kendo Gun Shop’s closed door, you can eavesdrop on a brief exchange between the two before the tragic events that befall them.

During one of her Nemesis encounters Jill shouts, “You want stars? I’ll give you stars!” which is one of her most famous lines from the original Resident Evil 3: Nemesis.

If you’re looking for some old-school Capcom nostalgia, then make sure to drop by the Racoon City Toy Uncle store. It’s filled with vintage Capcom characters like Arthur from the Ghosts ‘n Goblins series and the hideously muscular version of Mega Man that was used in the box art of the North American release of the first few Mega Man games.

Collecting all the Jewels to complete the Kite Brothers Railway puzzle unlocks the “Power Stones” achievement, which is, of course, in reference to another Capcom Classic – the 1999 Arena Fighter Power Stone.

If you earn enough points after beating the game, you can unlock Jill’s Classic S.T.A.R.S costume from the first Resident Evil title, complete with the ridiculous shoulder pads.

There are surely a lot more Easter eggs and references to be found hiding in the nooks and crannies of Resident Evil 3: Remake, and we’re definitely going to keep looking.