Like it’s predecessor, countless zombies in Resident Evil 3 Remake easily terrify players, but running around Raccoon City is most intense once Nemesis arrives to get a hold of things.

Nemesis is like the final boss of Resident Evil 3 Remake, but instead of fighting him at the end, you’ll bump into him at the beginning, and he’ll be very persistent in hunting players down. It’s nearly impossible to take him down in one encounter so the best players can do is survive against the hunkering giant.

Luckily, we have a few tips on how to make surviving Nemesis easier:

Save grenades for the big guy

Grenades are useful for taking out hordes of zombies, but they are scarce in Resident Evil 3 Remake. These are powerful enough to stagger Nemesis, so it’s best to save every hand grenade for him. Moreover, if staggered by a grenade, Nemesis will drop helpful attachments and items for the player.

Look for red barrels and generators

As Nemesis hunts players throughout Raccoon City, they’ll come across many red barrels and electric circuits. What they should do is lure Nemesis near these objects and then shoot them to cause some havoc.

Red barrels will cause a massive explosion, while the generators will start and electric shock. These can stagger Nemesis opening an opportunity for escape, but if players are too close, they’ll get hurt as well. 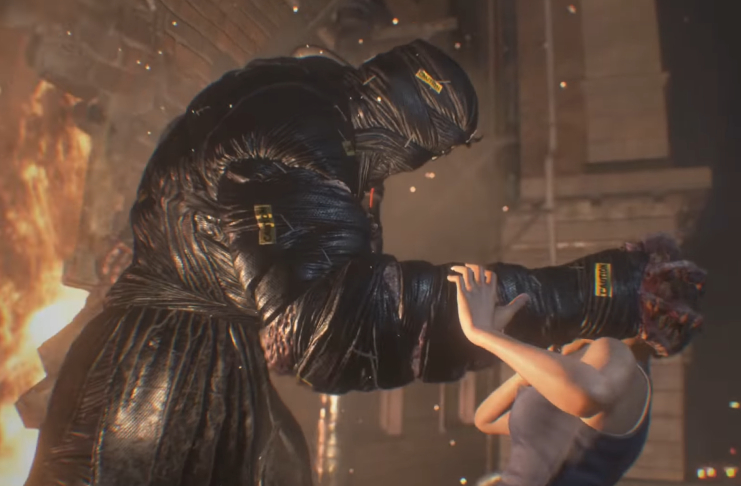 The dodge roll is one of the new features added to the remake. This ability allows Jill to dodge all enemies, including Nemesis, entirely. The catch is that players need to be perfect with their timing when dodging. Players will need to dodge at the last second to completely avoid attacks and get away from Nemesis.

Go for the weak spots

As intimidating as he may be, Nemesis does have obvious weak spots. By focusing on these weak spots, players will be able to stagger him easier. In some points of the game, when confrontation is inevitable, players will need to use their best weapons to stop Nemesis temporarily.

Running away from Nemesis is always the best choice, but fighting him head-on at times is also great for those that want to get nice items. Players should pick their battles when facing Nemesis.

Ideally, they may want to avoid tight spaces, places with no red barrels and electric generators, as well as places with many zombies. Most of the time, running away is the best option.

Capcom made Nemesis as intimidating as possible, but it’s easy to survive against him so long as players know what to do.