Capcom has been fairly busy recently with the launch of Resident Evil 3 and a sequel to the series being allegedly under work. Behind all this, Resident Evil Resistance is getting little news until now.

Resident Evil Resistance’s release got overshadowed by the Resident Evil 3 Remake, but that doesn’t mean the game is bad. In fact, players are having fun in the multiplayer setup featuring titular characters like Mr. X and Nemesis in one package.

Players who have bought the game are in for a treat as Capcom recently detailed the content roadmap for Resident Evil Resistance. From the look of things, it seems like the developer will be supporting this game for a long time.

Jill Valentine will be available as a survivor starting April 17th, but rest assured that more content is coming over the next few months! pic.twitter.com/wxdWyBy7G4

On April 17, Resident Evil’s femme fatal, Jill Valentine, will be joining the cast of playable survivors. Her release in the game is to celebrate the launch of the successful Resident Evil 3 Remake. As Nemesis is already in Resident Evil Resistance, it’s good to see that he will finally meet his match in Jill.

As Jill is being added to the game, fans are now more riled up. One of the worries of fans before was that the extra characters to the game would be just some random survivors. It’s good to know that the developers are willing to add characters from the franchise itself.

From May onwards, the details get lighter, but we do know that players are going to get another character. It’s hard to make out who the silhouette is for, but fans are speculating that the next added character will be a new Mastermind considering Capcom just added a new survivor. 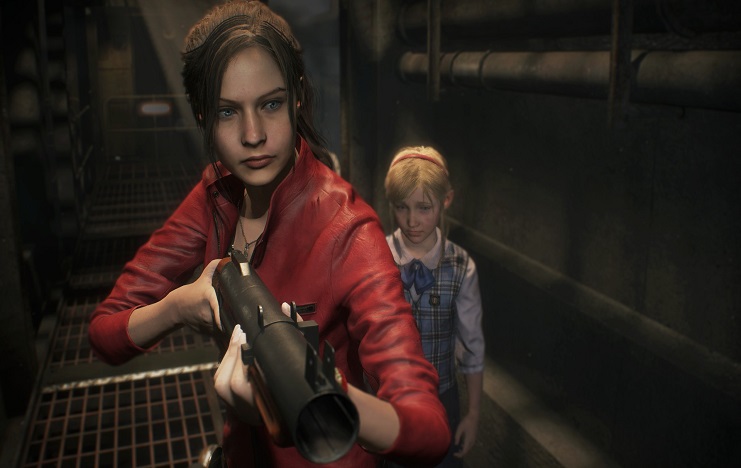 What About June Onwards?

According to the roadmap, the content addition for June is still in the works. However, considering that there are restricted working conditions worldwide, it might be a while before Capcom is able to tease what the June content will be. Given the release pattern, it could be a new character or a new map.

Lastly, Capcom does note that there will be more content updates from July onwards. This means players should at least expect new Survivors and Masterminds to join the fray before the year ends.

Resident Evil Resistance is given mixed reviews. While the game itself feels stagnant to some, most players are more than happy for this unique take on the franchise. Now, many are hoping that Capcom continues to pour out more support for the game.