Game dev Libretro announced that their retro console emulator RetroArch is coming to Steam. The tool will come with “cores” that allow emulation of ten consoles.

RetroArch is famous in the PC gaming community for allowing tool-assisted play. The system is also infamous for its ability to run ISOs and ROMs of old games, usually through piracy.

Arch cuts down the technical skills needed for console emulation

In the emulation scene, different groups create a variety of emulators per console. Many have their specific advantages, while some groups are definitive in their work. The goal is simple, and that is to emulate the games as close as possible.

Together with a few creature comforts, the emulation scene was successful with partial underground operation. Arch was the definitive collection of all the disparate systems between emulation groups.

By combining multiple emulation systems called “cores,” anyone can play their retro games on their devices. The unofficial Arch outside of Steam comes with as many as 50+ cores. The one inside Steam only comes with ten, and for a reason.

With the new Arch, gamers would spend less time fiddling and more time playing. According to the devs, fewer cores would also mean less chaos on their end.

“We could have launched with over 60 cores, sure,” said the devs in the official blog post. “but the ensuing fallout would have been a mess and it would have been near impossible to focus on bug reports and issues piling in. “

The ten cores that will come with the Steam RetroArch include Mupen64 Plus Next for the Nintendo 64. There’s also Kronos (Sega Saturn), PCSX ReARMed (PSX), Stella (Atari 2600), Sameboy (Gameboy), and mGBA (GBA). 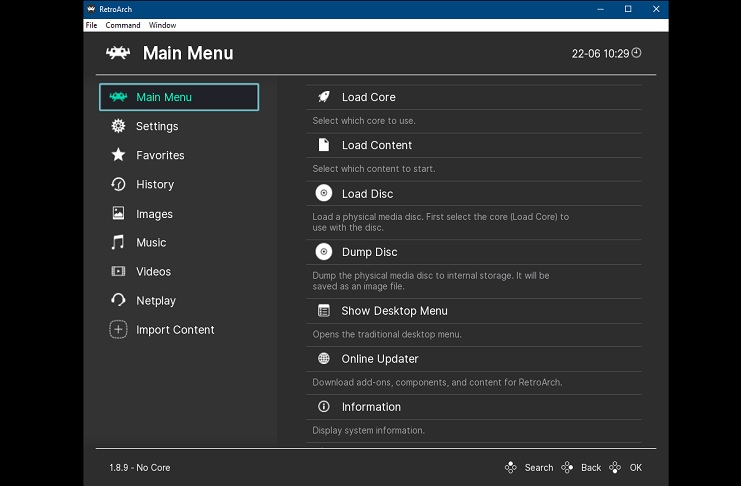 Other cores include Mesen and Mesen-S (NES and SNES), Genesis Plus GX (Sega Genesis), and Final Burn Neo (Arcade). Many of these cores are some of the most stable emulation systems online today.

Arch devs note that they plan on “drip feeding” subsequent cores. They want to make sure of the stability of each core first before setting them out to the public.

Meanwhile, the creation of the emulator itself is legal. The illegal download, use, and ownership of the game ROMs and ISOs are illegal. There is no concrete release date for the tool yet. RetroArch will be available on Steam and will have more updates soon.