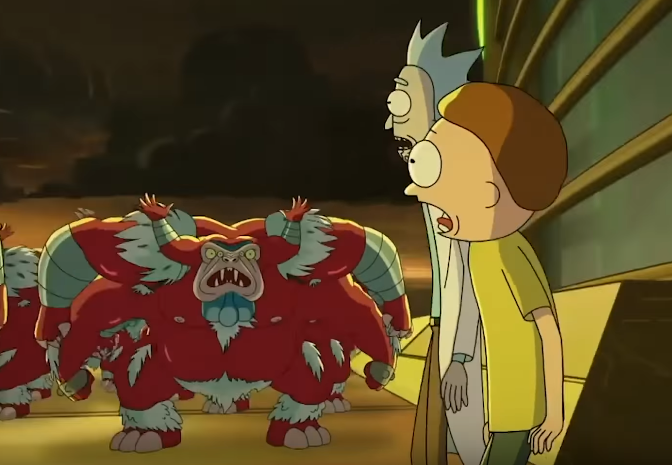 Rick and Morty season 4 episode 7 is scheduled to air next week. Also, the series’ teases fans with creepy face-hugging aliens.

Fans have mixed reactions on episode 6

The midseason premiere of Rick and Morty season 4 began with the episode, Never Ricking Morty. A lot of fans have taken to Twitter their reactions since the show did not come as expected. It appears that the viewers were confused about how episode 6 has diverted from its original series format.

Rick and Morty season 4 episode 6 was hard to digest. References and stories were just flying at every frame. This is probably this season's Interdimentional Cable episode, but on steroids or shit. I still have no idea what went down.

Nonetheless, a lot of fans have conveyed their excitement on the upcoming episodes of Rick and Morty season 4.

The next episode of Rick and Morty season 4 entitled, Promortyus, reveals Rick and Morty to be somewhere inside an alien territory.  Morty was somehow attacked by a creepy face-hugging alien.

In the synopsis of episode 7, Morty befriends a boy, named Jack who is in love with an alien, named Tom. Rick tries to save Jack after knowing that the alien isn’t who he thinks.

Some people believe the entire universe is Floaty Bloody Man's nightmare as he dies in a time-dilated reality. Here's your Mortys. pic.twitter.com/BjEWEDMnf3

There is no further clue on what events will take place in episode 7, but the clip has been linked to the Alien franchise. Furthermore,  fans will continue to expect on the episodic adventures of Rick and Morty throughout season 4.

Apparently, for the rest of Rick and Morty season 4, there will be diverse storylines.  Hilarious twists, as well as emotional plots that have become the norm of the series, will also be expected.

The showrunners have promised 60 more episodes. They also confirmed that these scenes are already under development. Furthermore, Harmon announced in San Diego ComicCon last year that Rick and Morty’s fifth installment is already in production.

Episode 7 will be out on Sunday, May 10 on Adult Swim. However, for the viewers who are outside the US, Rick and Morty season 4 can be accessed through VPN.

Rick and Morty series is also available in Netflix UK and Netflix Australia.

Image Courtesy Of The Roundtable/Youtube Screenshot