A few more sleeps left and fans will finally get new episodes of Rick and Morty.

According to GameSpot, the adult animated sci-fi sitcom is all set to release the second half of the fourth season on May 3.

With just five episodes left for the season, the show will bring new episodes once a week on its home network Adult Swim.

A trailer has also been released to give followers a sneak peek on what’s coming up in the animated series. As usual, it teases the wacky adventures of the main characters, Rick, the mad scientist, and his grandson Morty.

There’s also some family drama and really weird encounters with aliens which is something that fans are accustomed to already.

Also, it’s hard to miss as well the scenes which referenced the robot suits in the Japanese science fiction Gundam and the saber lights from Star Wars.

Aside from the release date, all the episode titles and loglines for the last five installments were also revealed through IGN. The titles are as follows: Never Ricking Morty, Promortyus, The Vat of Acid Episode, Childrick of Mort, and Star Mort: Rickturn of the Jerri.

Gaming fans were quick to notice how the episode Childrick of Mort seems to be a homage to the game Children of Morta, which is an action RPG game about a family of heroes.

There’s also a tribute to the movies Prometheus and Star Wars: Return of the Jedi.

Before the announcement of the release date for season 4B, the team of Rick and Morty released in their YouTube channel an anime short titled Samurai & Shogun.

Created by Studio Deen, the short film was a Lone Wolf and Cub tribute wherein Rick is dubbed as Rick WTM-72 and is voiced by Yohei Tadano. Meanwhile, Morty is voiced by Keisuke Chiba.

Chiba and Tadano are the same actors who voiced the characters in the show’s Japanese dub. The almost 6-minute video features a lot of samurai fighting, blood spraying and even some hallucinating.

At the moment, there is no announcement yet on when the fifth season might come. But, fans can be assured that there are still more to come. 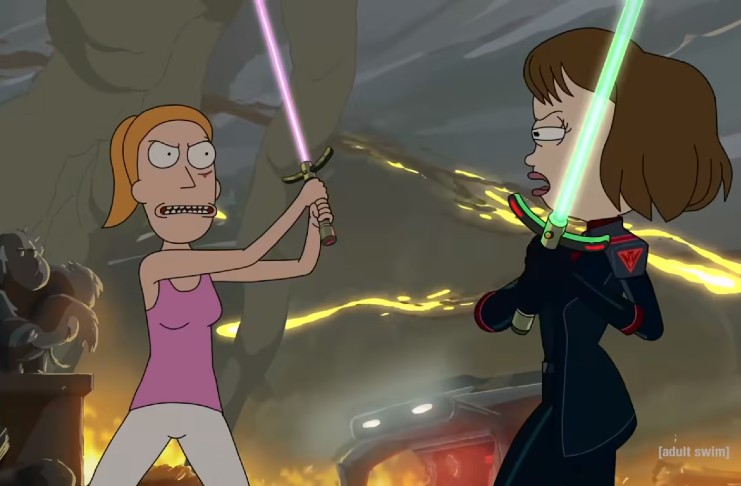 Adult Swim has given the animated series creators, Dan Harmon and Justin Roiland, a green light for 70 additional episodes.

A typical season run of the show includes 10 episodes which meant the series is going to stay for a long time.

Ricky and Morty season 4B premieres on Sunday, May 3 at 11 p.m. ET on Adult Swim. It’s also available on Netflix.