U.K. chancellor Rishi Sunak has confirmed that it will continue its income support program for the self-employed until August after a flock of MPs called for an extension.

The pandemic’s devastating impact has left more than two million self-employed individuals in limbo, forcing the Treasury to expend €6.8 billion [AU$11.3 billion] to support those who claimed grants.

But as the initial plan of the U.K. government’s self-employed income support is about to end, Chancellor Rishi Sunak announced on Friday, May 29, that it would extend the program until the end of August.

In the revised self-employed scheme, eligible freelancers and other independent contractors can now apply for what Chancellor Rishi Sunak called “second and final” grant.

People under the said category will be given the privilege to claim 70% of their average monthly earnings, which is 10% lower compared to the previous support.

The latest policy will also cover another three months of the applicant’s salary and will be given as a single payment. 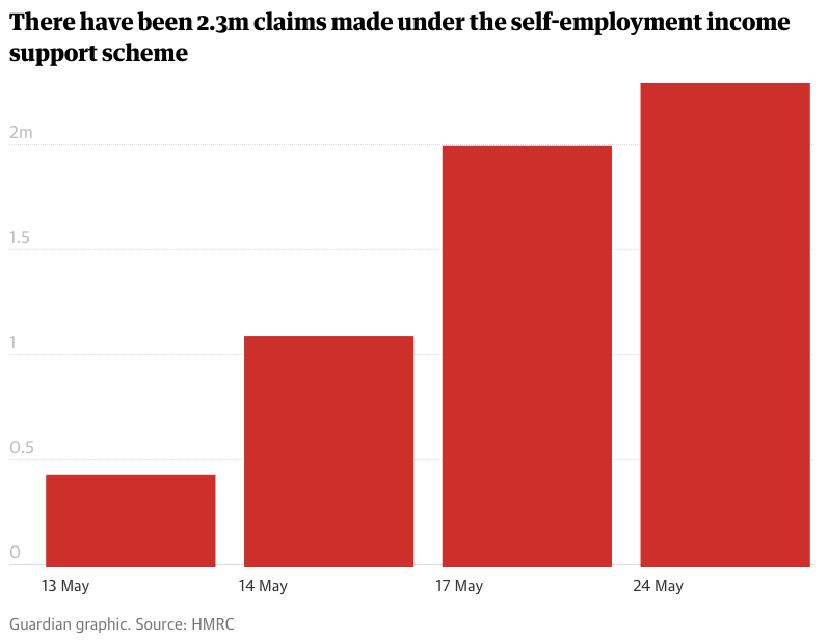 It is, however, capped at $2,190 a month, or $6,570 for three months. Self-employed individuals are also required to prove that their work has been affected by the coronavirus pandemic.

Furthermore, the application for the said taxable grant will start in August, and claimants will be given a six-month-long period for tax payments.

MPs and other organizations call for extension

Sunak’s announcement comes after several petitions have made, including a cross-party group of more than a hundred Members of Parliament (MPs).

????We are calling on @RishiSunak to continue the Self-Employed Income Support Scheme!

There are already huge holes in the support. But removing what is in place would pull the safety net from under the feet of millions of locked down workers. ????#selfemployed #coronavirusuk pic.twitter.com/zMN0wBD1Yf

The BBC reported on Thursday, May 28, that a total of 113 MPs had signed the letter covering the call to extend the support. Labour’s Siobhain McDonagh sent the said letter.

Here is what the letter says:

“There are already holes in the support but removing what is already in there would take the safety net from millions of independent workers. How can it be right for the furloughed scheme to continue, but this scheme to not?”

The IPSE, or Association of Independent Professionals and the Self-Employed, had sent a letter as well—co-signed by Equity, Creative Industries Federation, and Bectu—urging the Chancellor to continue its support for self-employed.

In the said letter, the organization asked the government to review the policy again as it left out a total of 1.6 million sole traders and company directors.

IPSE had also asked Sunak to consider new self-employed people, those with limited companies, as well as women who took maternity leave in the last three years. As of now, Chancellor Sunak has not provided any details regarding the matter.