Home Gaming RoboCop coming to ‘Mortal Kombat 11’ on May 26

RoboCop will officially make his debut as a playable character on Mortal Kombat 11 this coming May 26.

Developed by NetherRealm Studios, Mortal Kombat 11: Aftermath promises to further expand the franchise’s storyline by way of a fresh cinematic narrative revolving around the themes of trust and deception.

RoboCop, aka Officer Alex J. Murphy, is a beloved film character from the 1980s who first made his big-screen appearance via the 1987 classic action movie directed by Paul Verhoeven.

The last three decades have since seen the character grow into a media franchise that has not only spawned two other movie sequels (plus one 2014 reboot), but also a cartoon series, a live-action TV series, video game adaptations, and even comic book titles.

This month, Officer Murphy will be joining the likes of Scorpion, Sub-Zero, Lui Kang, and other fighters, now made iconic by the enduring popularity of the Mortal Kombat mythology.

As a special treat for fans of the original RoboCop, Mortal Kombat 11: Aftermath is tapping the voice and likeness of Peter Weller, the actor who played the character in the 1987 film and 1990 sequel.

RoboCop is far from the only guest fighter character to join Mortal Kombat in its 20-year-plus franchise history.

As a matter of fact, the previously launched Kombat Pack had featured the Terminator T-800, Joker, and Spawn as skins that players could use to fight to the death.

For those who want to enjoy access to all guest fighter skins, they might want to get the Mortal Kombat 11: Aftermath Kollection.

This collection happens to already include the upcoming game, plus all content from the Mortal Kombat 11: Aftermath expansion, as well as from the aforementioned Kombat Pack, which comes with more than 30 character skins.

Those interested can already pre-order the Mortal Kombat 11: Aftermath Kollection digitally for just under sixty bucks. The physical version is expected to come out next month. 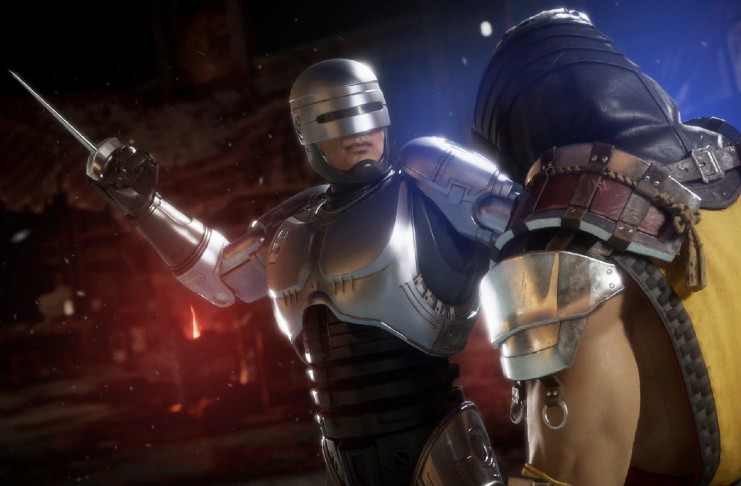 Aftermath expansion: what to expect

Apart from the appearance of RoboCop, the expansion will also feature the return of Fujin (who made his playable debut in Mortal Kombat 4, which recently got silently released on GOG.com).

For those who missed Raiden’s sibling, who is also the God of Wind who protects Earthrealm, they should be all smiles come May 26.

Also appearing in the expansion is Sheeva, the half-dragon, half-human Shokan queen, who should be able to start crushing opponents with her four arms less than three weeks from now.

Image 1 and Image 2 courtesy of PlayStation.