Hybrid racing soccer game Rocket League will celebrate its fifth anniversary this July. Game dev Psyonix will push the festivities with a two-week-long event on June 30.

Rocket League is among the most-played games in the world. Its mass appeal is superb among casuals and hardcore players alike. For its half-decade celebration, the game will feature limited-time modes and new collectibles.

League came out five years ago on July 7, 2015, taking the world storm. The “football with RC vehicles” theme was a smash, with positive feedback everywhere. The game is one of the most recognizable titles out there for a reason.

The gameplay is simple, which is pushing the ball into the goal. The controls are robust, easy to learn, but hard to master too. The game is so good that it’s one of the premier eSports competitions available.

Now, in its fifth anniversary, Psyonix will celebrate the game’s birthday with a bang. The entire birthday bash will start a week early on June 30. According to the official site, various goodies will show up from that point forward.

The first things that will show up are the Golden Eggs from summer last year. These Golden Eggs will have items from the Champion Series of the past four years. Every match will also start giving out balloons.

Balloons are a temporary currency that will be in-game. Players can use these balloons to buy a variety of items in the shop. These will include party horn boosts, XP packs for the Rocket Pass, and Psyonix II wheels.

Rocket League will not only have new items but two new modes too. For the game, the celebration will have Spike Rush and 2v2 Heatseeker modes. 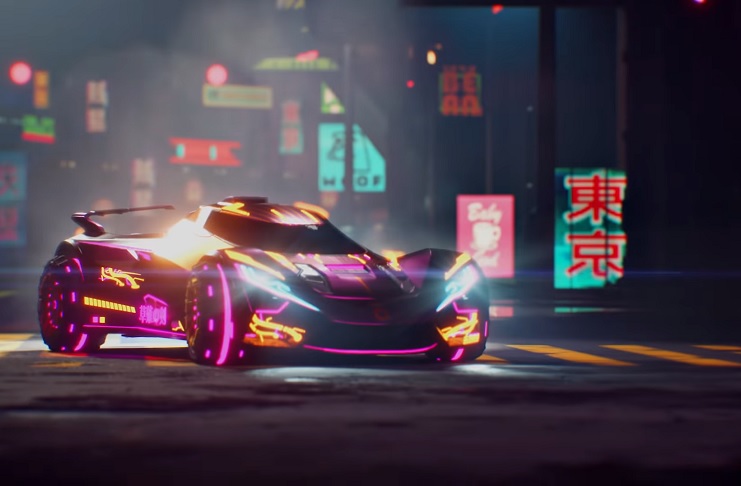 Spike Rush will run from June 30 to July 6, which then switches with Heatseeker. The 2v2 Heatseeker will run from July 7 to July 13, with an extra three-day redemption. All items for the period will be available until July 16.

The game is also getting to its fifth year with a strong showing. So far, the game broke its concurrent players in March. The game had a peak of 119,124 players in that month, with a stable 40,000+ player base.

League also canceled their World Championship event for the year due to the pandemic. Even then, Psyonix started to invest more in their regional events to appeal to fans. Rocket League will start its celebrations on June 30. It is available on many different platforms, including PC and all consoles.

What players can customize in ‘Hyper Scape’