Actress Ruby Rose has stepped down from her role as Batwoman after starring in just one season of the CW superhero TV show.

The news of Ruby Rose’s departure from Batwoman surprised many, as it is usually unheard of for the main lead of a TV series to leave after the inaugural season.

The last such situation took place back in 2005 when Christopher Eccleston left Doctor Who after the first season of the rebooted series.

Plus, Batwoman had already been picked up for a second season, which was to start production once the COVID-19 pandemic subsided.

Ruby Rose was a hot commodity when she was picked to play Batwoman. She generated a lot of interest due to her role as an assassin in John Wick 2.

In a statement, Rose said,

“I have made the very difficult decision to not return to Batwoman next season. This was not a decision I made lightly as I have the utmost respect for the cast, crew, and everyone involved with the show in both Vancouver and in Los Angeles.”

She went on to thank the showrunners, creative team, cast, and crew of the show, adding, “Thank you to everyone who made season one a success — I am truly grateful.”

The two companies behind Batwoman, Warner Bros. Television, and Berlanti Productions, issued a joint statement over Rose’s departure. They wished her “all the best” and added:

“The studio and network are firmly committed to Batwoman’s second season and long-term future, and we—along with the show’s talented creative team—look forward to sharing its new direction, including the casting of a new lead actress and member of the LGBTQ community, in the coming months.”

Batwoman is the first superhero TV series to feature an openly gay character as its lead.

Needless to say, there has been a lot of speculation about why Ruby Rose decided to leave the show. She was injured in a stunt on the show that required emergency surgery or else she faced the possibility of paralysis.

However, sources said the injury was not the reason for her departure. 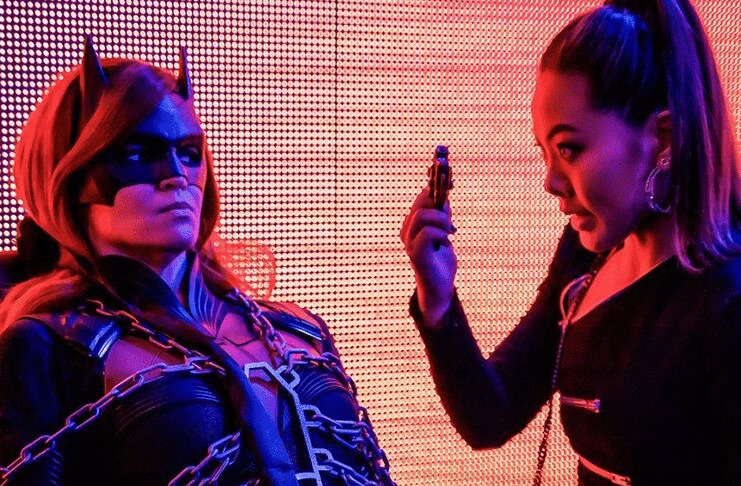 However, sources did tell TVLine that Ruby Rose did not make the decision on her own to leave but rather it was a breakup between her and the production.

“It wasn’t 100% her decision. It was a breakup. She wasn’t happy working on the show, and did that make her fun to work with? No. So everyone decided it would be in the best interests of the show, and for all concerned, if they parted ways. It just wasn’t a good fit.”

The insider added that Rose did not like living in Vancouver, where the show is filmed. She supposedly also did not like the long hours required in being the lead of a TV series.

It should be noted that this was Rose’s first full-time series work. She has previously had a small arc on Orange Is the New Black.

Batwoman lost viewers at a time when most people were stuck at home due to the coronavirus outbreak.