After months of waiting, Deep Silver announced that Saints Row IV: Re-Elected is finally available on the Nintendo Switch. All 25 downloadable content (DLC) packs were also ported to the new console.

Saints Row IV: Re-Elected follows the story of the third Saints Row game wherein the player tries to take control of Steelport city. It is still the same open-world, third-person shooter reminiscent of the Grand Theft Auto series, but this time, the character has superpowers that the player can use and play around with.

Saints Row IV captured the attention of gamers because it is seen as a collective parody of pop culture icons. It mimics the video game Mass Effect while parodying The Matrix and Zero Dark Trinity. More pop culture references are spread throughout the game.

Saints Row gained mostly positive reviews during its release. This is most likely the reason why it was ported by Deep Silver to the Nintendo Switch. Besides, Nintendo is culling a lot of top-rated games from different consoles and bringing them to the Switch. 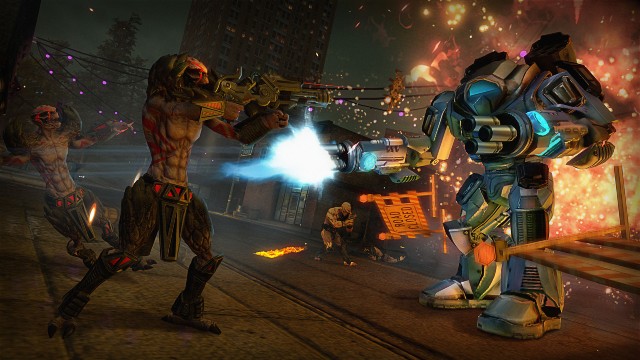 You are the president, it's your time to RULE! #SaintsRow IV: Re-Elected is out now on #NintendoSwitch! pic.twitter.com/N1dNx5bpEy

These features alone make it sure that those who haven’t tried the game before will get hooked on this title.

Saints Row IV: Re-Elected performs very well on the Nintendo Switch. There’s little to no input lag and playing the game handheld is a great experience.

However, the fighting mechanics are still shaky. The sense of humor inside the game gets a little dark some times, but the experience makes up for it. The available downloadable content is expected to provide players hours of gaming time.