What started as a clone of the Grand Theft Auto is now a big-hit game. The Saints Row: The Third Remastered is a remarkable nine-year-old game that blows every player’s mind.

The non-stop carnage is wonderfully done with the remaster keeping everything in the level. The same old tale is much better than it has ever been. 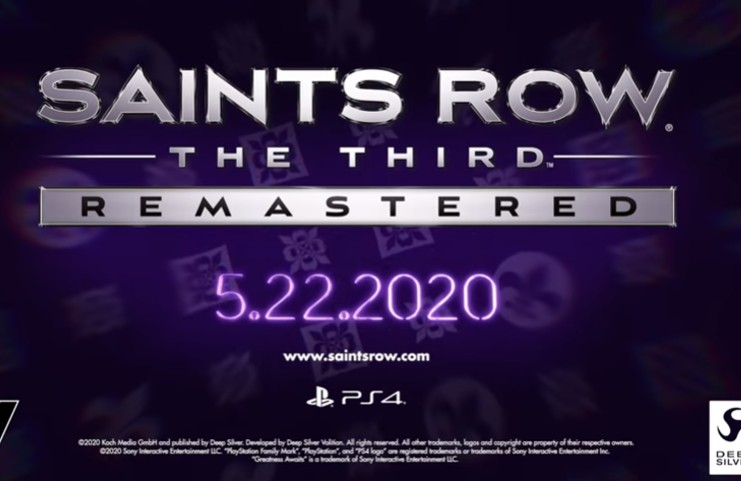 Not everything in the Saints Row: The Third Remastered has been modified. Not that there is a need for it. Most of the improvements are all on visuals and lighting.

Noticeably the vista within Steelport is much better than before. There are new guns and vehicle models to choose from as the game heads to modernity.

Meanwhile, the Gamescom 2020 confirms an all-digital event for players due to the coronavirus pandemic.

The gameplay of the Saints Row: The Third Remastered is yet to be judged. Players are expected to unlock new weapons, upgrade their vehicles, earn more money, and have a better wardrobe as they progress on the game.

Aside from the primary improvements of the game, Saints Row: The Third Remastered also comes with new packages for the players.

It offers three expansion mission packs and additional 30 DLC offerings from the game’s original version. Even old players have new content to look forward to in the game.

This game offers exciting things that players couldn’t find in other games. For instance, jumping into the car and kicking out the driver to take it over. It is one of the many tasks that are only specific to this game.

The game is targeting 60 frames per second FPS once the frame rate lock is removed in the display settings. Players are highly advised to take off the film grain effect to see more explicit images. Even VG Tech verified this on YouTube and posted a game analysis. However, this game is locked at 30 FPS frame rate for console versions. Only Windows PC can handle its speed.

Saints Row: The Third Remastered keeps the game going as the story unfolds. There are constant pacing changes, and some game mechanics may irk some players as they fight their way through the Evil Syndicate that invades Steelport. At some point in the game, players can also find some zombies.

For a nine-year-old game, the modern restoration appeals to new players. It is visually dazzling and packed with exciting content for everyone. In relevance to this, some classic Nintendo games are being called out for a remake.

Saints Row: The Third Remastered will be available on PC, Xbox One, and PlayStation 4 this May 23. Players can pre-order it from the Microsoft Store for only $36.