An exposed patent recently revealed that Samsung is working out on a six-camera phone. The report said that Galaxy S30 could come with self tilting sensors.

A patent entitled, “Apparatus and method for operating multiple cameras for digital photography” unveiled Samsung’s next move. This gave a foresight on the Korean tech giant’s Galaxy S30 road map.

The patent suggests that the Samsung Galaxy S30’s six cameras will showcase a different set of arrangements. Since it will be difficult to fit the sensors, the cameras will come in a horizontal bump.

Each sensor will be capable of moving individually within its housing. With such sensor capability, Samsung Galaxy S30 users may take advantage of unique effects. One specific effect that users could enjoy is pano-bokeh. 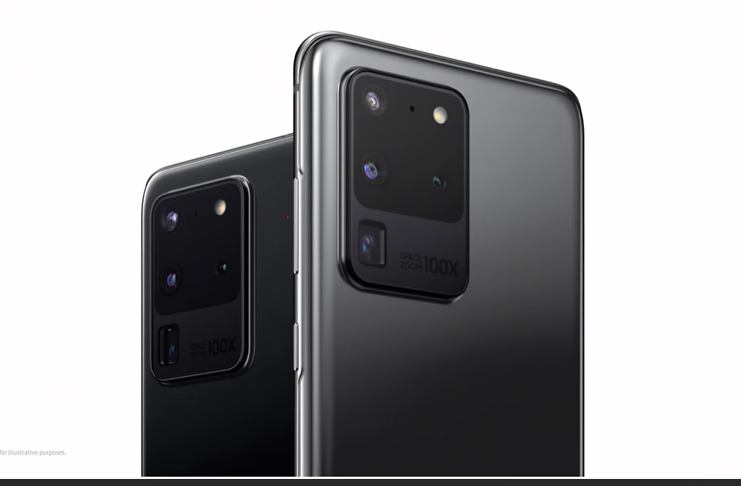 As of the moment, no smartphone can achieve the said blurry background panoramic shot. Yet with the new Galaxy S30 features, arranging the sensors in opposite directions paves way for the said unique effect.

Another improvement that Samsung Galaxy S30 six cameras will bring is the increase in resolution and frame rate. This is essential in capturing videos during fast subject movements.

The six cameras produce a better video output with their individual better focus capability. They join their outputs together, creating a better result than high-resolution single-sensor cameras.

Samsung also worked well with the design for Galaxy S30’s zoom and focus functions. The cameras will come with the capability to move in and out of the phone.

The patent describes the feature as a pop-out mechanism that could help in adjusting the camera’s focal length. The said function will also help in the Galaxy S30’s storage.

The patent did not reveal how all the Samsung Galaxy S30 cameras will vary. Reports suggest that they could come with a single telephoto camera.

The patent confirms as well that Samsung will not work on the increase of pixels. Instead, it focuses more on adding phone functionalities.

Samsung did not release any specific date or confirmation on the Galaxy S30 with six cameras yet. Reports say that the patent will materialize in 2021 as the Korean giant introduces the S30.