The Samsung Galaxy Fold 2 may have finally found a purpose with this rumored new feature as the device is set to rival the iPad Pro.

The Samsung Galaxy Fold 2 hasn’t even been announced yet, but incessant leaks continue to build up the hype for the device. Now, it seems that the foldable device would come with its own S-pen stylus.

Finding a purpose for the Galaxy Fold

The Samsung Galaxy Fold was, no doubt, one of the biggest technological innovations of 2019. However, much of the hype was centered on the device’s extravagance, and it being the first of its kind. But in reality, the device actually had no purpose besides being a novelty.

The addition of a stylus would no doubt change the game for the Galaxy Fold 2. The device would finally go beyond being just a technological achievement into an actual competitor that offers a necessity for use.

By adding a stylus, Samsung would be tapping into the realm of creative work, the industry of creators. Doing so would mean the device would be taking on the staple medium, the iPad Pro. A stylus can make creative work much easier, whether it is used for drawing or even working on augmented reality projects.

The pen is mightier than the sword

If the Galaxy Fold 2 were to really add a stylus, then latency would be a key factor because responsiveness and delivery of smooth drawing experience is everything for creators. The Apple Pencil is known to have a latency of 9ms, and if Samsung manages to lower that number for the S-pen, then the stylus itself would be a game-changer.

With latency being the time it takes for the device to register a stroke made by the stylus, the lower the number, the better. The S-pen is already highly responsive on Note 10, which means Samsung is already fully capable of taking it to the next level. 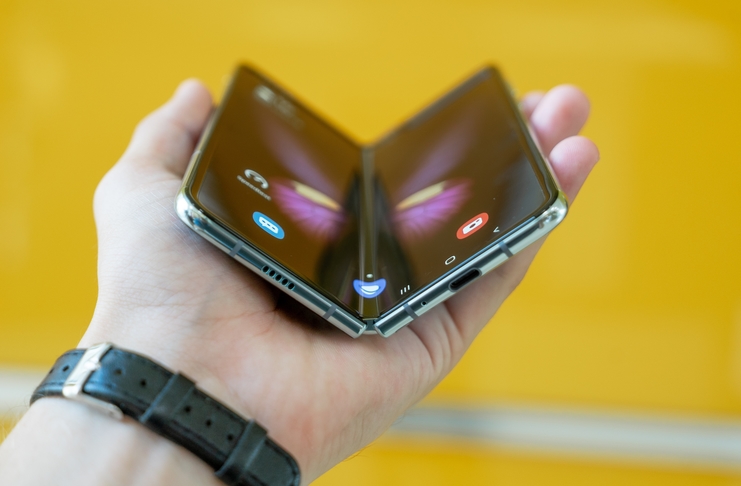 It’s already convenient enough that Samsung will be enlarging the display size and form of the Galaxy Fold 2, but what would make the device even more attractive is its portability. Compared to the iPad Pro, the Galaxy Fold’s foldable feature makes it easier to carry around in one’s pocket as opposed to a backpack.

The Galaxy Fold’s flexibility isn’t just for show; it’s also made for convenience.

It is speculated that Samsung would finally unveil the Galaxy Fold 2 this coming August despite the uncertainty brought by the COVID-19 pandemic. The unveiling is said to feature not only the third generation foldable device but also the Galaxy Note 20.

As for price, it is likely that Samsung would push for a lower price than the first generation in order to make the Galaxy Fold 2 more sellable.